Around 300 dancers showed their support for Prince George outside the Good Morning America Studios. TWITTER

After a US news anchor mocked Prince George for enjoying ballet class, a flash mob descended on Times Square to show their support for the young prince in the best way possible.

Famous faces in the dancing world – and a “flash mob” of ballet dancers in Times Square – have rallied behind Prince George after he was mocked by a US news anchor for taking up ballet. 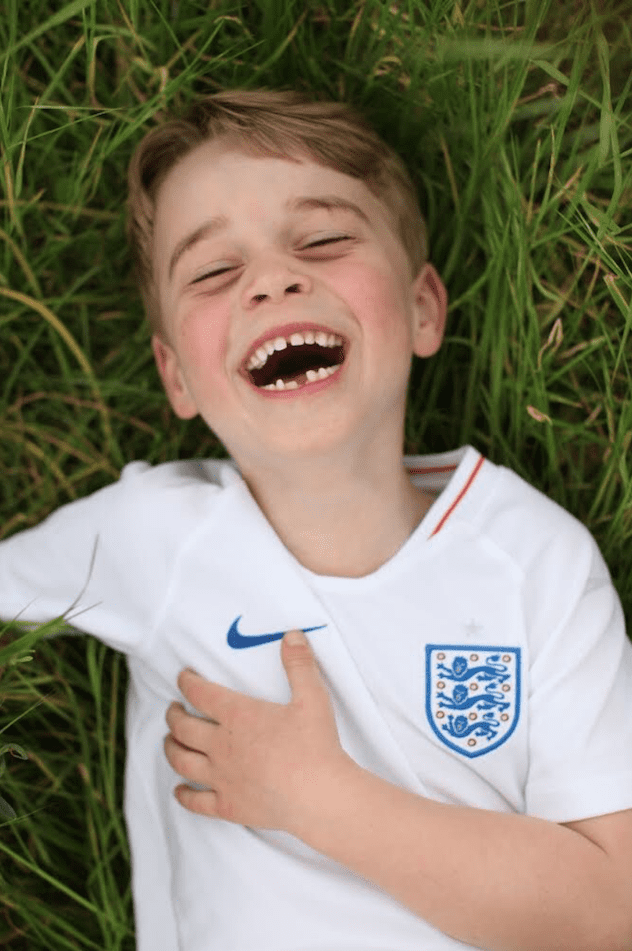 Prince George has the support of the world’s dancing community after a US TV host made light of the young royal taking ballet class.

During a discussion about what Prince George would be learning as he enters Year 2 at the prestigious Thomas’s Battersea in London, Spencer said, laughing, “he looks so happy about the ballet class”.

“Prince William says George absolutely loves ballet. I have news for you Prince William, we’ll see how long that lasts.”

Dancers get behind Prince George

In response, around 300 people took over Times Square outside the Good Morning America studios in New York to take part in a free ballet class in support of Prince George.

So nice to see responsible adults still exist. So wonderful to see these 300 dancers leading by example in their open air #ballet class this morning in Times Square in front of #GoodMorningAmerica , after the show’s #sexist #bullying against boys who enjoy dance! #BoysDanceToo pic.twitter.com/nW5D0BmNNy

The protest dance was organised to coincide with Spencer issuing an on-air apology for her remarks.

😱 300 DANCERS showed up for ballet class this morning in Times Square in front of @goodmorningamerica!! I am so proud and overwhelmed with the support from the dance community standing together on such an important issue. I almost didn’t start dancing when I was young – I constantly said “dancing is only for girls”. It took 2 years for my parents to convince me and I’m so glad I did. I hope the next generation of boys don’t have to deal with the same type of bullying a lot of us had to deal with – we will not stand for it! #boysdancetoo . . #dancer #dancers #dancing

Well-known choreographers and dancers across the world have condemned the news anchor, which has seen a surge in posts using the hashtag #boysdancetoo.

There’s been no shortage of celebrity faces chiming in, including “So You Think You Can Dance” star Mark Kanemura – who has danced alongside the likes of Lady Gaga and Carly Rae Jepsen.

Suits star Dule Hill posted a personal video calling out Spencer for her insensitive remarks, saying ballet brought him to where he is today.

“I’m not going to get into why someone would use their platform to make fun of young boys learning dance, but I will say this – as a young boy, I went to dance class. I took jazz, I took tap, and I took ballet,” he said.

I am a dancer. #BoysDanceToo #GoodMorningAmerica #Ballet #Jazz #Tap #Dance

“And you know what? I loved it. For me, dance has been the journey of a lifetime. It exposed me to this entire world of art.”

He added: “Whether you are a prince named George or a young boy who has dreams of being Lord of the Dance, I say go for it.

“Dare to dream, dare to dance. You might enjoy it. And you know what? Boys dance too.”

Hi @laraspencer I thought you’d like to see my grandson, Leo, in his ballet class. pic.twitter.com/EMw4KvRowJ

The under-fire TV host has since said sorry for her remarks, describing the fallout as a”true education”.

.@LaraSpencer apologizes for her comments about boys and dance and sits down with 3 celebrated ballet dancers: “It has been a true education for me.” pic.twitter.com/bYJUvVGaXK

“The comment I made about dance was insensitive, it was stupid, and I am deeply sorry.

“I have spoken with several members of the dance community over the past few days, I have listened, I have learned about the bravery it takes for a young boy to pursue a career in dance.”

Back to school for Prince George

The young prince begins Year 2 at Thomas’s Battersea in London on September 5.

He’ll be joined by younger sister Princess Charlotte, who’ll be starting in the reception programme.

The pair are said to be just as excited as each other about being at ‘big school’ together. Prince George will soon be joined at Thomas’s Battersea by younger sister Charlotte.