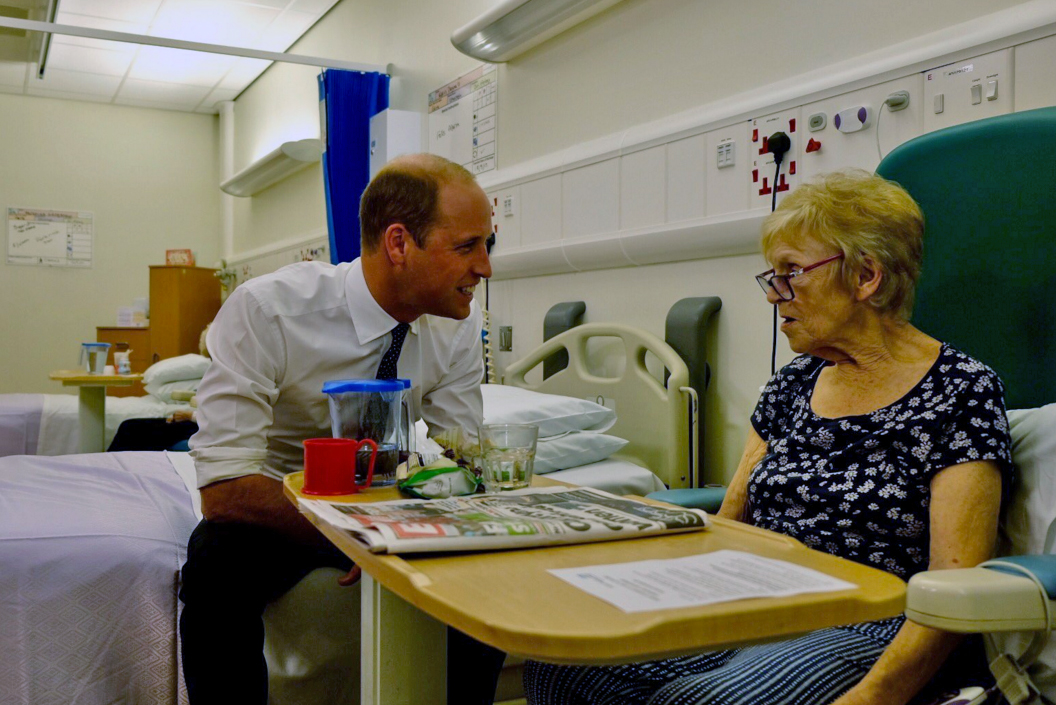 The Duke of Cambridge talked to patients at a Liverpool hospital about George, Charlotte and Kate.

On a visit to the Urgent Care and Trauma Centre at Aintree University Hospital, Liverpool, Prince William opened up about his family to elderly patients.

“George started school last week,” he told 75-year-old Edna Dagnall, “so we’re seeing how long that lasts for before he doesn’t want to go!” Commenting on his son’s lack of fuss, he told another patient, Teresa Jones, that “George has been really easy.” He added that “George rules the roost but Charlotte’s not far behind.”

Speaking more about his two-year-old daughter, Prince William joked about the child’s cheeky nature. “She’s going to be trouble when she’s older – all fathers say that.”

When cancer patient Pagan Tordengrave asked how the Duchess of Cambridge was, Prince William told him “she’s doing very well.” The Duchess is pregnant with her third child, and, as with her past pregnancies, has been experiencing extreme morning sickness.