Prince Harry, Meghan Markle and The Duke and Duchess of Cambridge attended a service at Westminster Abbey to commemorate Commonwealth Day 2018. The Queen and several other members of the royal family were also in attendance at the event, which was organised by The Royal Commonwealth Society and is the largest yearly inter-faith gathering in the United Kingdom. The theme of this year’s Commonwealth Day is “Towards a Common Future”, which highlights how the Commonwealth works to create a better future and addresses international challenges. Prince William, Kate Middleton and Prince Harry have been involved in dozens of Commonwealth projects over a the years. These include The Queen’s Commonwealth Canopy and The Queen’s Young Leaders, both which were created to acknowledge Her Majesty’s life commitment to the Commonwealth. After the service, the group met performers at Westminster Abbey and greeted school children who had travelled from across the city to catch a glimpse of the royals. Meghan and Kate were both given beautiful posies by the children. 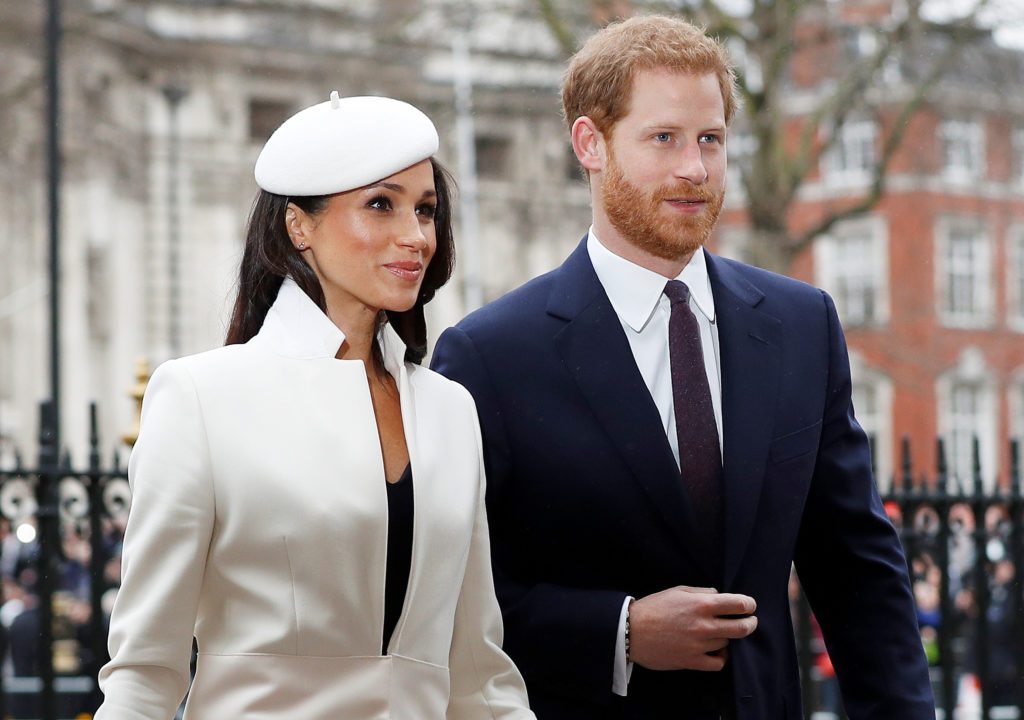 Last week, The Queen shared a special message ahead of Commonwealth Day on the Royal family’s official website. “We all have reason to give thanks for the numerous ways in which our lives are enriched when we learn from others”, she wrote. “Through exchanging ideas, and seeing life from other perspectives, we grow in understanding and work more collaboratively towards a common future. There is a very special value in the insights we gain through the Commonwealth connection; shared inheritances help us overcome difference so that diversity is a cause for celebration rather than division.” Her Majesty added that: “By pledging to serve the common good in new ways, we can ensure that the Commonwealth continues to grow in scope and stature, to have an even greater impact on people’s lives, today, and for future generations.” Watch the royals and Meghan arrive at the service in the video below.

The Duke and Duchess of Cambridge, Prince Harry and Ms. Meghan Markle arrive at @Wabbey for The Commonwealth Service. #CommonwealthDay pic.twitter.com/sIkCMFxCq5

Read all about Meghan Markle and Prince Harry’s May wedding here.