Five modern hair updos to inspire your next ‘night out’ look

Cannes has returned glamour to our conversation, and we’re here for it.

While Hollywood has taken a slightly more relaxed approach to style over the last couple of years, you can rely on the famous French film festival to inspire guests to bring their fashion and beauty A-Game.

With gowns, jaw-droppingly expensive jewels and dashing tuxedos, this year’s event has delivered some serious eye-candy for fashion and beauty enthusiasts.

Even if you’re not that taken with the celebrity hub-bub, there are elements that may inspire.

Take for example, the way low-fi, carefree ‘air-dry’ hair has largely been off the agenda on Cannes red carpets this year. Julia Roberts gets a pass because she was wearing a 100-carat yellow diamond! Of course, if your dress is ‘the moment’ with couture-style draping and volume as many are, a sleek hair look is essential.

In general though, it’s clear it’s time to add a touch more effort into our next special event hair styles, judging on what’s been seen at each of the movie premieres and events that make up the festival’s agenda.

Like wearing archive gowns from the 80s-90s has become the attention-getting fashion move (see Bella Hadid in an extravagant Versace gown Gianni Versace created in 1987, above), hair looks have been artfully constructed into styles that have throwback elements, but updated for the modern era. The updo has made a welcome return, from voluminous ponytails to sleek and tight buns and knots.

We scouted five of the best to gaze upon – and place before your hairstylist or attempt to recreate yourself – before your next special event. Verging on beauty-queen pageant glamour, there is still something quite appealing about this complicated yet absolutely perfected looped look Elsa Hosk wore to the premiere of ‘Elvis’ at the festival. Kaia Gerber took a slightly more tousled approach, making the most of her thick, luscious locks to carry the loosely pinned style. Though her mother Cindy was famous for her smooth, supermodel do, she did occasionally wear her hair up like this in the 90s, so it’s clear it’s bang on trend. 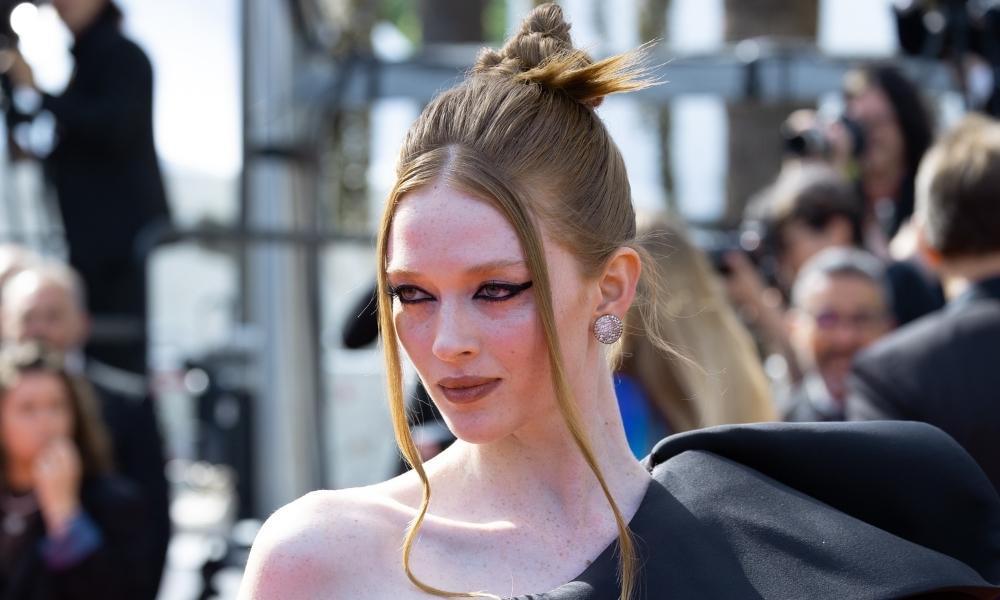 Larsen Thompson attended the screening of ‘Triangle Of Sadness’ in this hair knot, displaying two trailing tendrils that were once banished as the height of school-ball naff, but are now seriously back in action. Paired with the equally 90s knot with spiky ends, it could be described as the look everyone wants to wear right now, after similar outings on the likes of Gigi Hadid and Kim Kardashian. Aishwarya Rai Bachchan and Eva Longoria demonstrate a double helping of ‘half-up, half-down’ hair while attending the screening of ‘Top Gun: Maverick’. Key to this style is a pro-level smoothing blow wave. A centre-part like Aishwarya’s is a popular approach to styling hair up right now. Turkish actress Pınar Deniz makes a wrapped ballet bun a very convincing proposition, allowing some intentional flyaways to soften her hairline. The approach elongates the face and neck and is the perfect elegant accompaniment to some sparkling diamonds.