These 'electric highways' could revolutionise the electric car industry and in turn, our environment.

Engineers in England have scheduled a test for later in the year that could revolutionise the way people think about electric transportation.

The project, being initiated by the U.K government, is aimed at creating a road system that will complement the growing number of electric car users.

Electric car users currently face a number of issues. Firstly, most cars on the market at the moment have a limited range. The 2015 Nissan Leaf can travel 84 miles from a full charge and the Tesla Model S can travel 230 miles. Although this is an acceptable amount for day to day driving, the lack of stamina is a set back for lovers of long distance travel.

Hand in hand with the lower milage comes the lack of charging facilities available to owners.

Here’s where the electric highways come in. 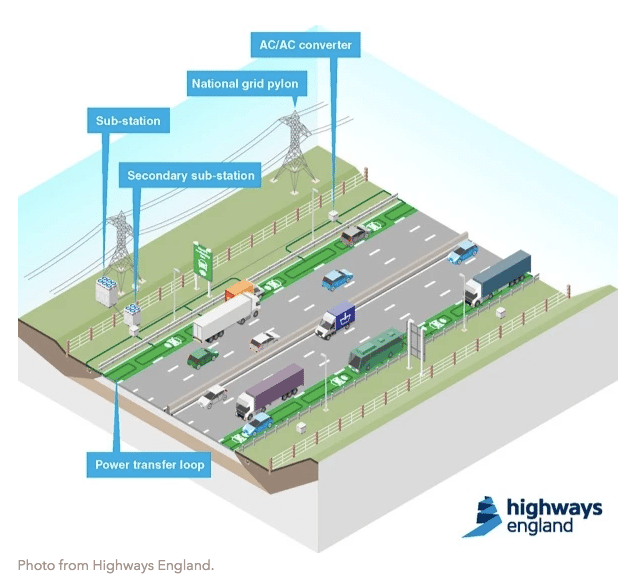 The engineers at ‘Highway England’ will be testing a lane that could operate as a wireless charging transmitter. Through a series of power converters and stations that will be connected to power transfer loops built into the lane, cars will be able to charge whilst driving.

Whilst this idea may seem like an expensive answer to the the complaints of a few, the government is working ahead of the curve, and preempting the industry’s expansion, so England’s roads will be ready for the technology as it happens.

“The potential to recharge low emission vehicles on the move offers exciting possibilities. The government is already committing £500 million over the next five years to keep Britain at the forefront of this technology, which will help boost jobs and growth in the sector. As this study shows, we continue to explore options on how to improve journeys and make low-emission vehicles accessible to families and businesses,” Transport Minister Andrew Jones commented in a statement released by Highway England. According to the Automotive Council, by 2050, nearly every vehicle purchased in the U.K will be either an electric car or a variation of a low-emission vehicle, thus the interest in preparing highways for this influx.

The plan will also see the rollout of more frequent charging stations, with an aim to include one every 20 miles along highways.

The U.K’s policy is part of a wider political conversation about reducing green house gases and investing in renewable energy.

Would you like to see this implemented in your city? Would this make you consider buying an electric vehicle?