The South Island toastie has beaten 120 others to be crowned New Zealand's tastiest toasted sandwich.

The Great NZ Toastie Takeover has crowned its winner for 2021. Chef Steve Macdougall from Mollies Bar & Eatery in Blenheim has been awarded the top prize in the competition for his take on a cubano.

The ‘Mo Jo Pork Cuban with a Twist’ is made with slow-roasted pork belly, provolone, chimichurri, American mustard, apple chilli gel and McClure’s Pickles, sandwich between toasted sourdough and served with kumara chips.

The Great NZ Toastie Takeover is an annual competition which sees thousands of chefs vying for the title of the best toastie in New Zealand. Chefs are required to use cheese and McClure’s pickles in their creations, with the rest of the ingredients up to their imagination.

This year’s competition, which had 120 entrants and more than 80,000 toasties served around the country, saw a wide array of toastie fillings – including pulled pork, salmon, venison, fried chicken and tofu. It’s the first win for the South Island chef who previously made the finals in 2019. The win is extra special for Macdougall who was made redundant last year due to the pandemic and spent nine months as a stay-at-home dad before taking on the head chef role at Mollies.

“I am honoured, overjoyed and overwhelmed to have won this time around,” he said. “I wanted to hit all the flavour notes in the sandwich – sweet, spicy, heat, sour and savoury. Crunch and texture and temperature were all considerations, too. It really was a labour of love.”

The judges said McDougall “nailed it” with his 2021 entry. “It was a well-orchestrated and harmonious partnership that felt like comfort food through and through.

“The extensive use of house made components was impressive and the locally made hot sauce was to die for. Judicious use of two variants of McClure’s pickles sealed the deal.”

Toastie fans will have to get in quick to try this award-winning toasted sandwich. It will remain on the menu at Mollies Bar & Eatery in Blenheim until the end of August. 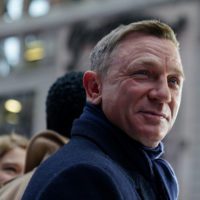