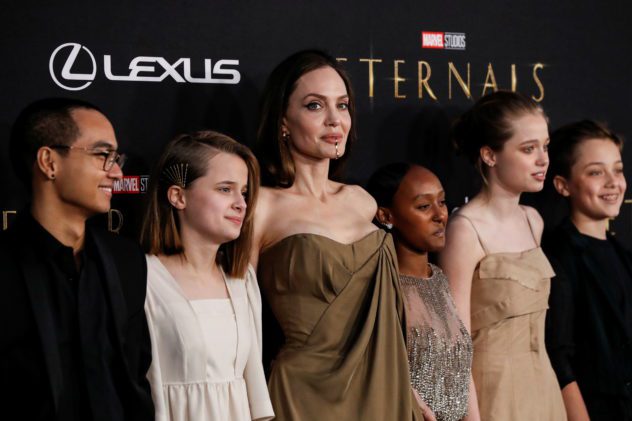 Cast member Salma Hayek poses at the premiere for the film “Eternals” in Los Angeles, California