A rare masterpiece of French art, The Lady and The Unicorn is one of the greatest surviving textiles from the European Middle Ages. Travelling for only the third time outside France since it was designed in Paris circa 1500, the magnificent Lady and the Unicorn tapestry series can be viewed exclusively at the Art Gallery of New South Wales in Sydney in 2018.

On loan from the Musée de Cluny – Musée national du Moyen Âge, Paris, The Lady and the Unicorn is often referred to as the ‘Mona Lisa of the Middle Ages.’ Considered a French national treasure, it is the number one attraction at the Musée de Cluny, one of Paris’ most-visited museums.

Woven in wool and silk to a French design, the series comprises six entrancing works that together, due to their significant scale, span over twenty metres in length. Five of the tapestries depict the five senses, with a sixth representing the heart, or understanding. Within the tapestries a lady flanked by a lion and a unicorn is surrounded by a fantastical world of animals, trees and flowers.

The tapestry series has only travelled twice previously – to New York in 1973-74 and Japan (Tokyo and Osaka) in 2013. Each tapestry, with its jewel-like millefleur (‘thousand flowers’) background represents each sense – the first being touch, in which the figure of the lady holds the unicorn’s horn; taste, in which the lady feeds a bird; smell, in which she holds flowers; hearing, in which she plays music and sight, in which she shows the unicorn his reflection in a mirror.

The sixth tapestry includes an enigmatic text that reads, ‘Mon seul désir,’ or ‘My only desire.’ It depicts the lady emerging from a tent, held open by the lion and the unicorn.

With its discovery spaces and tailor-made digital experience, The Lady and the Unicornexhibition at AGNSW will allow visitors an intimate encounter with one of Western art’s greatest surviving treasures. Programs ranging from hands-on textile workshops to explorations of the five senses will reward experience-seekers, art and history lovers alike.

This exhibition is made possible through a generous and exceptional loan from the collection of the Musée de Cluny – Musée national du Moyen Âge, Paris and the support of the NSW Government through its tourism and major events agency, Destination NSW. The British actress recently discovered she is related to...

The British actress recently discovered she is related to... more
more

What’s On This Week?

Find out What's On this week

Find out What's On this week more
more 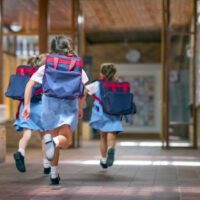