Sick of the outdated, stereotypical clothing offered to children, these mums took a stance against prescribed gender roles through #ClothesWithoutLimits

It seems that whenever you walk into a shopping centre, kids clothing store or look online, you are overwhelmed by the amount of gender-specific clothing available to children. Girls are relegated to being Princesses or disney characters, with boys being offered the world, in terms of what they get to dress themselves as. Although companies are trying harder to incorporate less stereotypical options into their clothing designs, there are still some who perpetuate these outdated ideals. 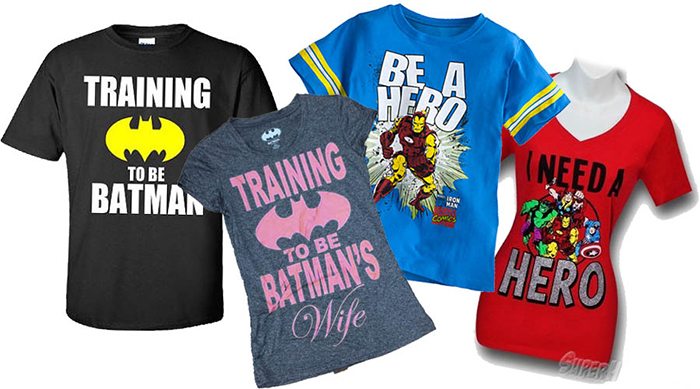 Clothing with headlines like these were brought to the internet’s attention a while ago when a post by a concerned mother went viral. When an employee at the NYU Bookstore was browsing the shelves and discovered these onesies, he immediately took to social media, lambasting the shop for promoting and reinforcing negative ideas about body image and sexuality.

“I had a very difficult time not raging out about this in the college store. These are onesies … for infants … guess which one is for girls and which one is for boys. THIS is the problem.” wrote Jason Y. Evans in his Facebook post.

The bookshop eventually apologised for the ‘mishap’ and removed the product from the shelves but this type of marketing still exists in many other forms.

Tired of this nonsense, a group of mothers launched a campaign to combat this growing trend.

Hence, #ClothesWithoutLimits was born and with it, 10 small businesses have come on board to support and strengthen their message, giving girls options to express who they are, whatever they may be.

Malorie Catchpole of buddingSTEM, one of the groups’ designers explains, “When girls don’t see dinosaurs, space, and other science themes on their clothing, it tells them that things like science and engineering aren’t for them.”

The initiative hopes to bring much needed attention to the negative impact that these messages can have on young girls as well as empower them to be whoever they want.

“We are ten brands, but behind those brands are more than ten women, and we are all strong leaders and really passionate about what we’re doing,”  Gina Dobson, founder of Sunrise Girl, told Upworthy.

This collective is taking a stance against gender biases and definitions that contribute to a sense of inequality in every day life. If these children can grow up knowing that they can truly be whoever they want to be, and not something that society has prescribed to them, then we have all done our job.

What are your thoughts on  gendered clothing or this type?