Travel to the Seven Kingdoms

From King’s Landing to Winterfell, travel to your favourite Game of Thrones destinations

It is one of the most popular television series of our time, and now Game of Thrones has returned for a seventh season. We have rounded up some of the top shooting locations from the program, where you can feel like you have been transported to Westeros itself. Here the Vatnajokill Ice Cap, which is the largest in Europe, serves as the ideal setting for the “Land Beyond the Wall.” This historic bastion in Essaouira, Morocco is a UNESCO World Heritage Site. It also happens to have played the part of Astapor, the slave-trading city where Daenerys freed the Unsullied. The medieval town of Sibenik hit the small screen in the fifth season as Braavos, one of the Free Cities across the Narrow Sea. The Dark Hedges in Northern Ireland have played a major role in the Game of Thrones story, serving as the setting for the Kingsroad, while the surrounding area has also been used to film Winterfell and Castleblack. In Seville, the upper levels of the Alcazar are home to the royal family, but the palatial estate’s lush gardens are transformed into the Water Gardens of Dorne in the Game of Thrones’ fourth and fifth seasons. Nestled on the shore of the Adriatic Sea, this Croatian city with its stone walls, dramatic cliffs and amazing views make it the perfect setting for the king of Westeros. Mourne Mountains and its accompanying 600 hectares of Tollymore Forest Park, have featured several times in the series. 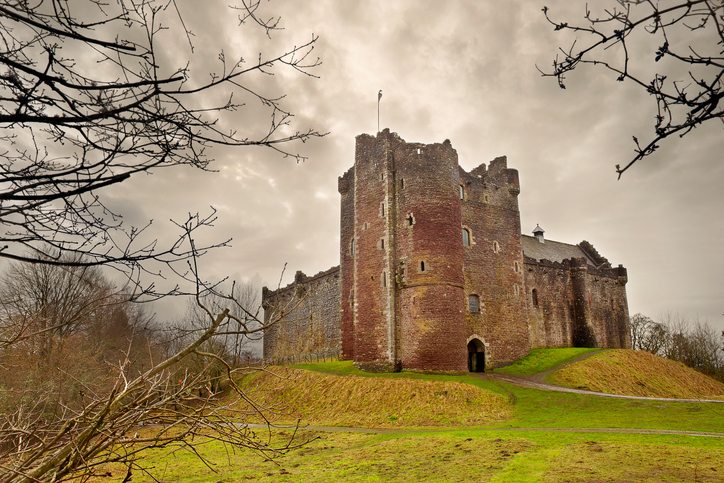 This medieval stronghold in Doune near Stirling was originally built in the thirteenth century, and is the location for Winterfell in the series.