Top travel destinations of the stars

The life of a jet-setting celebrity often calls for shooting films in exotic locales or touring the world promoting a movie or an album, but where do they prefer to travel to on their own time?  MiNDFOOD chats to the stars about their favourite travel experiences and places, some of which may surprise you.

I like to travel.  I’m actually happier when I’m not at home.  I don’t know why but I feel claustrophobic and cramped when I’m at home and I’m much happier when I’m on the road.  But it’s not like ‘Oh, I must go and climb the Andes!’ I just take every opportunity that there is to travel, in general.  Like, I go a lot abroad to play golf, for example. I think a lot of English people are like that.  They’re happier when they are out of England.

I love even driving across America. I love the desert.  I particularly love going to Joshua Tree so I go when I can.

I really like going places for different things.  We recently had an amazing trip to Japan, a really, really wonderful trip to Japan.  But I also love camping and even if we stay in a hotel, I try to get something with a local flavour.  I don’t stay somewhere when you don’t know what country you’re in because your hotel is the same one in LA. After college, I actually lived in India for about eight months and I really, really loved that, so yeah, that’s probably one of my favourites.  It’s a place that’s so grounded in spirituality. Growing up in the Bronx, you’re in a neighbourhood where there’s a liquor store on every corner.  In India, there’s a temple on every corner. There’s a sense that nothing is done without putting God first. I really loved living in that environment.

I really like Paris for many reasons.  For one thing, I don’t really get hassled there. There’s kind of paparazzi but in general people don’t really bother me.  I really like New Orleans as well for the music and the food. It’s a fantastic city.

I love Indonesia.  I go surfing there and it’s a nice place to go on a boat trip. I also love New York which is one of my favourite cities in the world. I suppose I like the extremes.  It’s really fun to visit New York for a few days and eat pizza. There’s a really cool energy in New York. It’s just a very fun city. I love going to places I would never usually go to and meet people I would never meet otherwise and talk to different people.  It’s awesome. I love London,  I love Japan,  I love Argentina.  I’ve been very lucky with the places I’ve gone.  I’ve liked everywhere.

Anywhere where I have to learn a new language I love.  Brazil comes to mind.

I love to go anywhere I haven’t been.

A warm beach, it could be anywhere, but it has to have a warm, beautiful ocean.

It would be too easy for me to say home, but it’s true, every time I have a break and I go home, it’s the best vacation. I don’t want to say too much because if I go back, I won’t be left alone. I don’t want you to know all my secrets but the Bahamas, I love very much. Exuma, especially. It’s beautiful.

I recently went to Monaco and had the best time there with my mum.  We went to a party with the prince.  It was fabulous.

My wife is more of a traveller than I am. I travel quite a bit in my business and I don’t really like leaving home too much. We live in a beautiful spot in Santa Barbara and we have a place in Montana we like to go to when we can.

I love New Zealand but I’ve got to tell you, aesthetically, Afghanistan is a beautiful country.  It’s such an odd thing but it’s so gorgeous there and the landscape is just stunning.  That part of the world is amazing.

I would say my favourite thing is to go to a new place, a new culture, something I haven’t seen before.  I love doing that.  I like to explore something new; it’s probably the Viking blood inside of me that’s still there.

Hayman Island, Whooo!  I love Australian islands. Everyone kept warning me about the jellyfish but I didn’t have problems with that.  In fact, I went to St. Tropez in the French Riviera.  I happened to be there with a couple of friends and there were jellyfish everywhere so nobody wanted to get in the water.   I was like, ‘Well why would I want to come to this beach I can’t go in the water?’  But it was beautiful.  The other thing I like about Australian islands is that the women look normal and they’re naked.  It was pretty awesome. I’m from Texas.  No one walks around like that.

I’m a very local tourist. I will run away from Nike shoes and fanny packs in a second. I like to hang out with locals as soon as I get to a place.  And because of what I do, I have the privilege of living in places long enough for me to feel like I’m getting much more from that location, that culture so I make friends with local natives.  I want to go where they go and I like the highs and lows of everything. Don’t just get me the 5-star hotel.  I want the Holiday Inn around the corner if you tell me that, that has the best deal and it’s also close to the most amazing environments that the locals enjoy. If I have to pick a city, I’d probably say Paris. 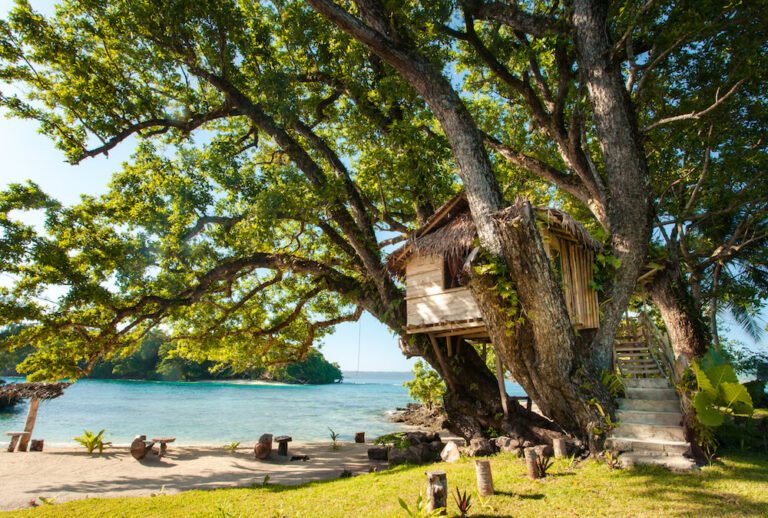