These adorable orphaned bat pups are changing the way we view our nocturnal winged friends. The clinic also treats adult bats that are afflicted by mites and other bat diseases. The baby blankets they wrap the young bat pups in aren’t just to make them look adorable – if the baby bats have been orphaned, they lack the warm embrace of their mothers’ wings, so these blankets are the next best thing. 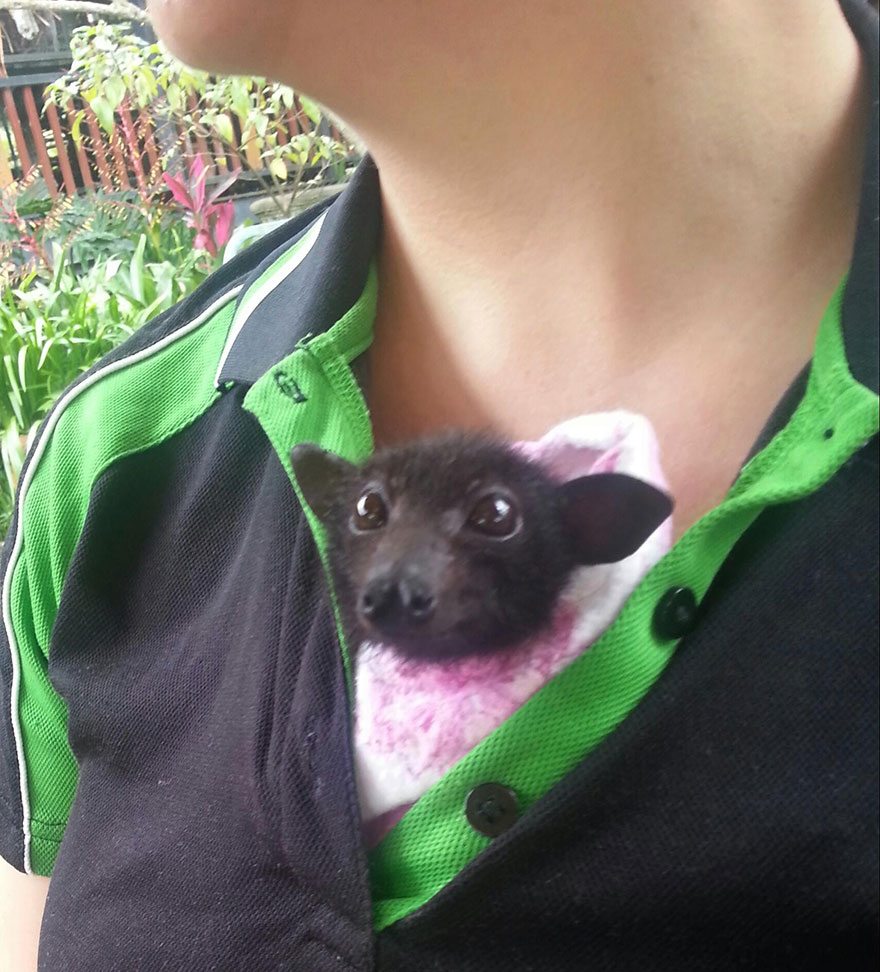 Australia is home to nearly 100 different species of bats, between 25 and 30 of which reside in the region where the Australian Bat Clinic is located. Unfortunately the winged critters are often given a bad rap and perceived as ‘bad’ or ‘evil’.

The clinic hopes by sharing these images and video it will change our minds! Trish Wimberley is one of the clinics bat caretakers and looks after hundreds of orphaned baby bats and rears them until they can be released into the wild. It’s a tireless, never ending job which keeps her awake all hours (she apparently went 3 nights without sleeping once). A typical day may include feeding (the food is about $1000 a week), health checks, doing their laundry (the dryer and washing machine electricity bill costs up to $8000 every 3 or 4 months!), bat transportation for release — everything they need in order to survive. You’d think she’d need an army of people to help but she makes do with only a few loyal volunteers. It just goes to show, motherhood can transcend between all species and Trish is happy playing that role to assist a creature that is vital to the Australian ecosystem.