Good news for those who can’t exercise every day: weekly blitz works out fine

Weekend Warriors take heart: you don't need to work out every day to stay fit

‘Weekend Warriors’ who shun exercise during the working week, then embark on a fitness blitz on their days off, gain almost the same benefits as those following daily guidelines, a new study has shown.

Previously experts believed that intensive activity at the weekend was not enough to stave off five days of being hunched over a desk.

Although the World Health Organisation suggests people exercise for 150 minutes a week, divided throughout the week, the new findings suggest once or twice a week may be enough.

“The duration and frequency of the activity don’t seem to be associated with the health outcomes,” says Hamer. “You probably have a threshold of around 150 minutes to get the benefits, but over that barrier you don’t gain much.”

If the duration and frequency don’t matter, intensity does. The Weekend Warriors in the study described almost half of their activity as vigorous.

“More than 90 per cent of weekend warriors reported doing participation sports (like cycling and tennis) and they seem to exercise more vigorously, which is consistent with the notion of the classic Weekend Warrior who pulls on their football boots or picks up their tennis racquet and goes hell for leather,” says Hamer.

Some small studies have suggested cramming a week’s worth of exercise into one or two days can increase the risk of injury and put too much pressure on the heart.

However, this large-scale research followed more than 63,000 British adults between 1994-2012. During the study period there were 8802 deaths from all causes, 2780 deaths from cardiovascular disease and 2526 from cancer.

The risk of death fell significantly for all those who exercised, regardless of whether they crammed all their activity into the weekend or spaced it out through the week.

“It is very encouraging news that being physically active on just one or two occasions per week is associated with a lower risk of death, even among people who do some activity but don’t quite meet recommended exercise levels,” said another of the authors, Professor Emmanuel Stamatakis of the University of Sydney.

The study found that more men than women were Weekend Warriors – 56 to 44%. Around 55% divided their activity over two days and 45% crammed all exercise into a single day.

The results also showed that even people who did not meet the 150-minute recommendation, but still did some exercise, had a lower risk of death.

“This finding persisted after adjusting for chronic diseases and excluding those who died in the first two years of the study.

“These results mean that Weekend Warriors and other leisure-time physical activity patterns characterised by one or two sessions per week may provide beneficial health outcomes event when they fall short of physical activity guidelines.”

The research was published in JAMA Internal Medicine. 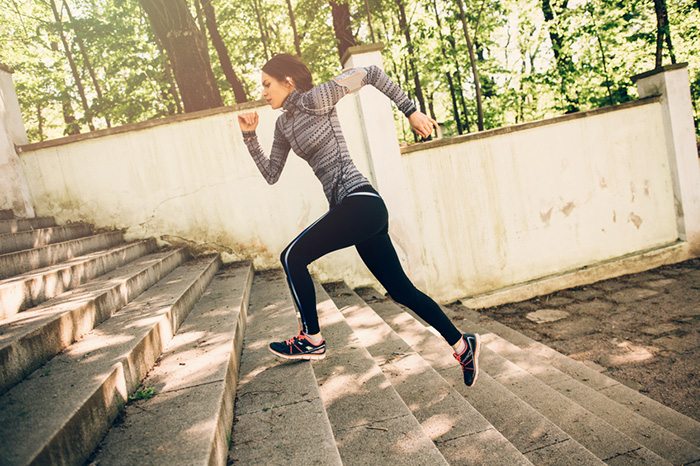 Pilates: research shows how this low-impact workout can benefit your health