There have been many theories over the years about the identity of the woman depicted in the world’s most famous portrait.

Now an Italian-born, Hong-Kong based historian and novelist has added another theory to the pot.

Angelo Patricio, believes the portrait, which hands in Paris’ Louvre museum, is in fact the artists mother, Caterina, who he believes was half-Chinese.

“I am sure up to a point that Leonardo’s mother was from the Orient, but to make her an oriental Chinese, we need to use a deductive method,” Patricio told the South China Morning Post.

“One wealthy client of Leonardo’s father had a slave called Caterina. After 1452, Leonardo’s date of birth, she disappeared from the documents. She was no longer working there. During the Renaissance, countries like Italy and Spain were full of oriental slaves,” he added.

“For instance, the fact he was writing with his left hand from left to right… and he was also a vegetarian which was not common. Mona Lisa is probably a portrait of his mother, as Sigmund Freud said in 1910. On the back of Mona Lisa, there is a Chinese landscape and even her face looks Chinese,” Patricio told reporters.

While many experts remain dubious of Patricio’s claims, his comments have managed to spark much debate online, with a frenzy of activity on Chinese social media channels.

The topic had been viewed more than four million times and triggered 160,000 responses by midday yesterday.

Chinese nationals expressed astonishment and disbelief at the theory, via the Twitter-like Sina Weibo, posting dozens of parodies of the painting.

“I now understand why her smile looks so mysterious and concealed – it’s typically Chinese,” one commentator said. 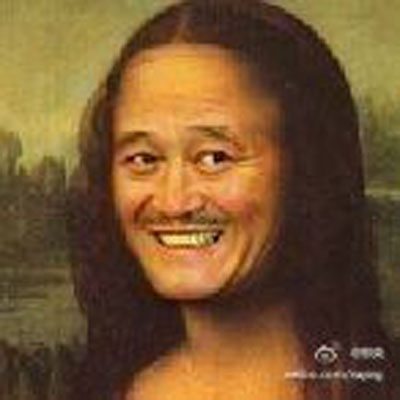