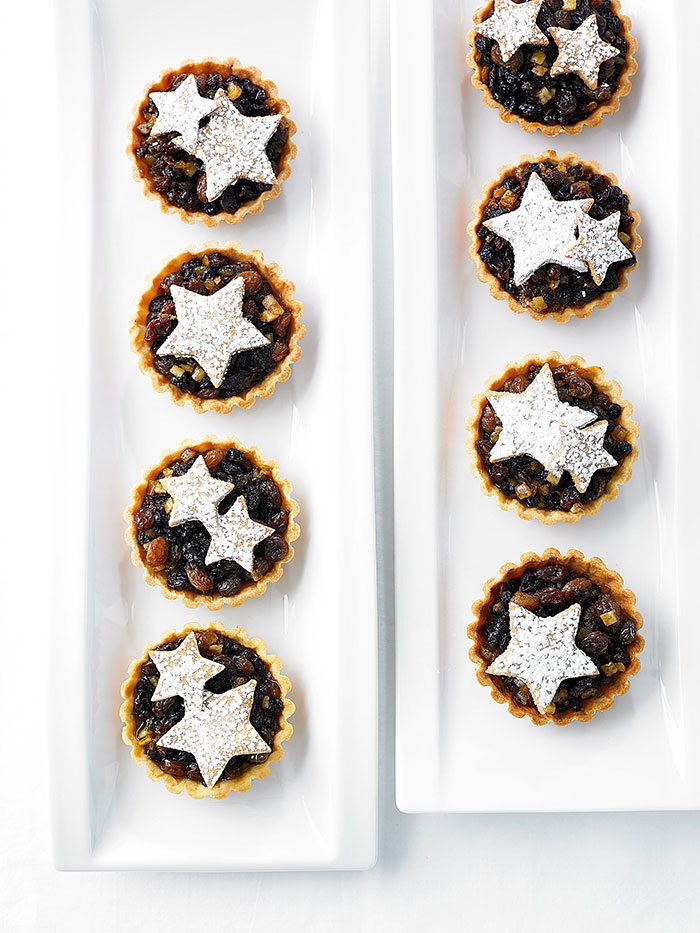 Star Mince Tart. Fruit Mince Tarts make for great homemade Christmas gifts that can be enjoyed right through the festive season. Try adding a star cut-out for a special touch.

To make fruit mince, place all ingredients except for the cornflour into a medium-sized bowl. Mix well and leave to marinate for 24 hours.

Strain the liquid from the fruit mince into a small saucepan. Reduce by half.

Once reduced, add cornflour that has been mixed with a splash of water. Whisk it into the boiling reduced liquid; whisk till liquid has thickened. Pour over the fruit mixture and mix together well.

To prepare the sweet pastry, place caster sugar, butter and flour into a mixing bowl using the paddle attachment of a stand mixer. On a medium speed, mix until ingredients have a crumb-like consistency.

Add eggs on a slow speed, one at a time. Once combined, add vanilla bean paste and mix on low speed till the vanilla is incorporated. Shape the dough into a flat block so it’s easier to roll out. Allow to rest in the fridge for 2 hours.

Take the pastry out of the fridge, allowing 10-15 minutes before rolling. Dust the bench surface with flour and roll out the dough to 3mm thick. Cut into rounds approximately 8cm in diameter, or big enough to cover the base and sides of a 12-tartlet pan. Gently press the pastry rounds into the holes. With the rest of the dough cut out different sized star shapes.

Add a spoonful of the fruit mince to each tart case, bake for 15-20 minutes. Place the stars on a baking tray and bake them till they get some colour, about 15-20 minutes. You might need to remove them in advance to allow them to cool, Dust with icing sugar and place stars on each tart. A cosy warming dish to huddle around on a cold autumnal...

A cosy warming dish to huddle around on a cold autumnal... more
more This lighter, dairy-free take on a classic butter chicken...