Anger and suspicion as families mourn for passengers of flight MH370

Scenes of anger and anguish from relatives of the passengers of flight MH370 after hearing the announcement: A family member of a passenger onboard Malaysia Airlines Flight MH370 cries as other relatives shout slogans to protest against the lack of new information after a routine briefing given by Malaysia’s government and military representatives at Lido Hotel in Beijing March 22, 2014. Two weeks after a Malaysia Airlines airliner went missing with 239 people on board, officials are bracing for the “long haul” as searches by more than two dozen countries turn up little but frustration and fresh questions.REUTERS/Jason Lee Family members of passengers onboard Malaysia Airlines Flight MH370 attend a routine briefing given by Malaysian representatives at Lido Hotel in Beijing March 24, 2014. The United States Navy is moving one of its high-tech Black Box detectors closer to the search area for the missing Malaysia Airlines plane in remote seas off the Australian coast, bolstering hopes wreckage of the plane may be found soon. REUTERS/Jason Lee Relatives of passengers onboard Malaysia Airlines Flight MH370 pray at a praying room at Lido Hotel in Beijing March 24, 2014. A Chinese military aircraft searching for the missing aircraft spotted several “suspicious” floating objects on Monday in remote seas off Australia, increasing the likelihood that the wreckage of the plane may soon be found. REUTERS/Jason Lee 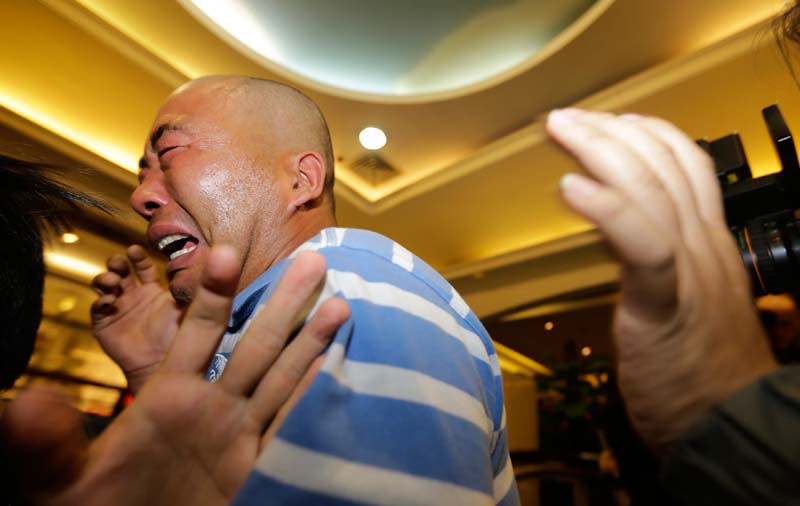 Relatives of passengers aboard Malaysia Airlines MH370 cry after watching a television broadcast of a news conference, in the Lido hotel in Beijing, March 24, 2014. Malaysian Prime Minister Najib Razak has told families of passengers of a missing Malaysian airliner that the plane ended its journey in the southern Indian Ocean, he said on Monday. 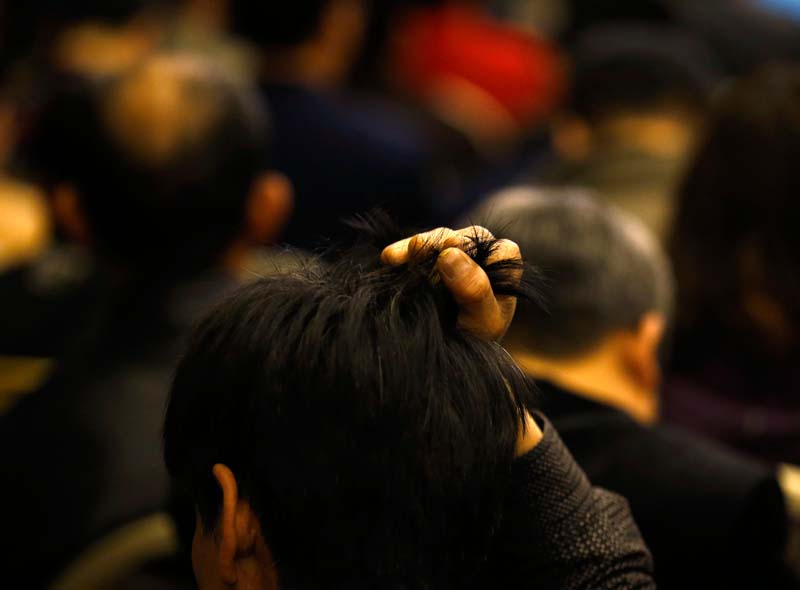 A family member of a passenger onboard the missing Malaysia Airlines Flight MH370 grabs his hair during a briefing by the Malaysian government at a hotel in Beijing March 21, 2014. An international search force resumed the hunt for the missing Malaysia Airlines Flight MH370 in the remote southern Indian Ocean on Friday as authorities pored over satellite data to try and confirm a potential debris field.
REUTERS/Kim Kyung-Hoon