Bridgerton fans are abuzz with news that the show's star Regé-Jean Page is starting to look like a frontrunner to replace Daniel Craig as James Bond.

Not long after the Bridgerton TV series started gaining popularity, the odds for Page to be the next 007 were slashed as fans called for the handsome British-Zimbabwean actor to take up the role following Craig’s departure.

So who else is in the running? Here are the actors who are considered to be the top contenders for the coveted role.

Hardy has long been a bookies’ favourite to replace Daniel Craig. With his rugged good looks and a string of action roles under his belt already, we can see why he would make a great 007. And it seems as though he’s keen – after an April Fools joke that he had accepted the role went viral, Hardy posted one of the fake articles to Instagram saying, “Dammit I was in my tux and on the runway good to go.” Ever since Elba flexed his action muscles playing a tough London cop in Luther, he’s been a firm favourite to play James Bond. While Elba says he would accept the role if offered it, he told Vanity Fair he finds it troubling that people don’t think he could play the part because he’s black. “You just get disheartened when you get people from a generational point of view going, ‘It can’t be.’ And it really turns out to be the colour of my skin,” Elba said. Norton is not the most recognisable name or face on the list, but the bookies have him neck and neck with favourite Tom Hardy. The 35-year-old actor is best known for his roles on British TV shows Happy Valley, Grantchester, War & Peace and McMafia. Norton has previously shut down rumours that he is in talks to take on the role, saying he hoped Daniel Craig “might do one or two more”. He’s played Prince Charming, King in the North and the home secretary’s bodyguard – and fans think Richard Madden is ready to step into the role of spy. In 2019, he played down talk of him taking on 007, saying: “It’s very flattering to be involved in that conversation at all, but it’s all just talk, and I’m sure next week it’ll be someone different.” Turns out he is still very much part of the conversation! 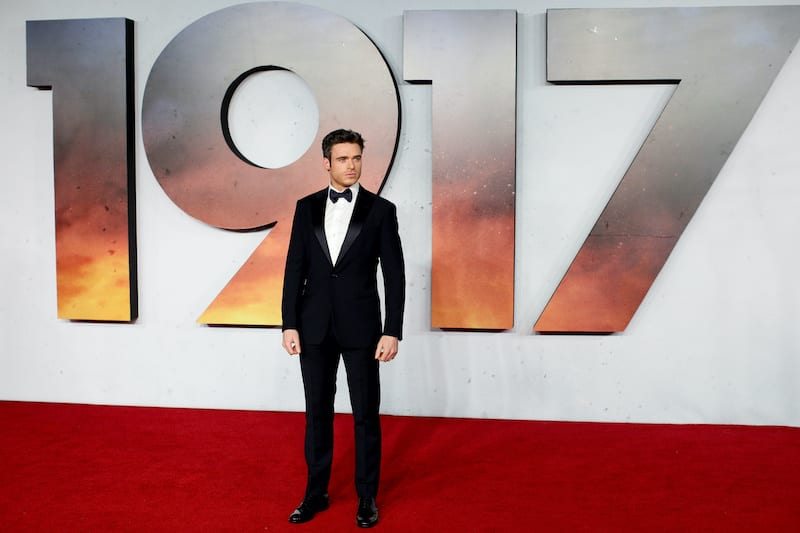 Outlander star Sam Heughan is considered a strong contender, but the actor has already auditioned for the role! He was considered for the part prior to the 2006 Casino Royale reboot, with the role instead going to Daniel Craig. At the time, there were talks of portraying Bond at a younger age. Cavill would represent a departure from the more rugged Bond of recent years and back towards the tall, dark and handsome variety. But one James Bond expert has said Cavill is already too famous for the role. Ian Kinane, editor of the International Journal of James Bond Studies (yes, that’s a thing!) says that Cavill is “too big” to play Bond.