Paris’ Arc de Triomphe was transformed this week into a spectacular wrapped monument, the fulfilment of a lifelong dream from the late artist Christo.

The Bulgarian artist known for his jaw-dropping public art installations passed away in June 2022 at the age of 84. His breathtaking wrapped buildings – which included the German Reichstag building in 1995 – were a significant part of his artistic portfolio.

“All the design was done. Every rope, every fold, every pleat, is exactly, exactly and precisely the way Christo designed it. It will be his baby. We’re just finishing it for him,” Jonathan Henery told CBS News, one of the people involved in finishing the project. The Arc de Triomphe artwork will be in place for 16 days.

Christo, who collaborated with his wife Jeanne-Claude, was famous for his highly ambitious artworks of monumental scales.

“Christo lived his life to the fullest, not only dreaming up what seemed impossible but realizing it. Christo and Jeanne-Claude’s artwork brought people together in shared experiences across the globe, and their work lives on in our hearts and memories,” read a statement from his office when he passed.

Together with his partner Jeanne-Claude, Christo’s artwork pushed the boundaries of creativity, construction and scale. See below for some of their most iconic works. 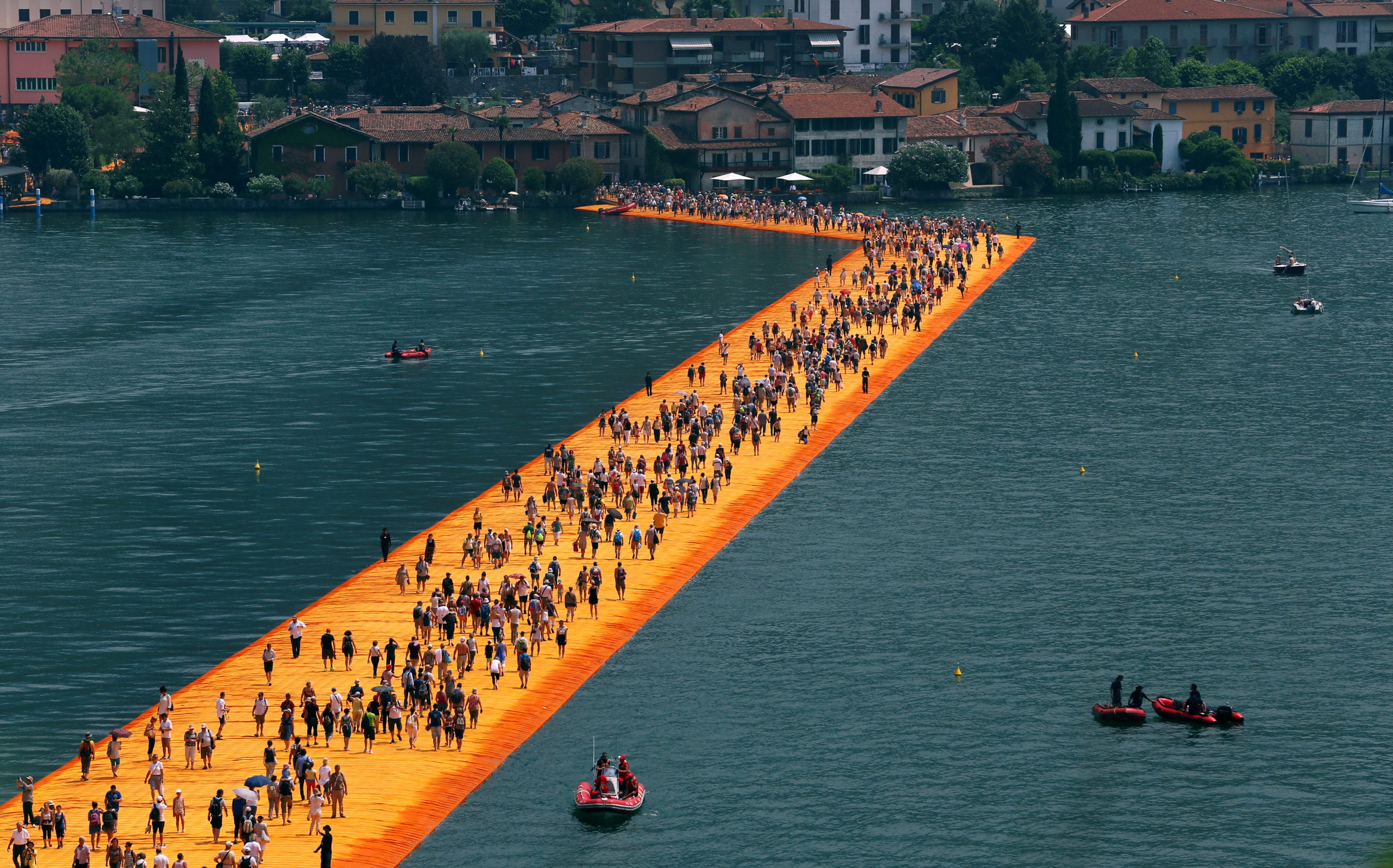