According to a close friend, the Princess “has not been able to eat solid food in over six months because of all the surgeries she has since gone through. She has only been able to take in liquids through a straw, so she lost nearly half her body weight.”

Charlene recently returned to Monaco after a 10-month stay in South Africa following surgery. She has since been admitted to a treatment facility in an unknown location to protect her privacy.

“Because I know there are rumours out there, let me say: this is not COVID,” Albert told PEOPLE. “It’s not cancer-related. It’s not a personal relationship issue. And if you want to discuss another speculation, it isn’t related to plastic surgery or facial work at all.”

Albert said Gabriella and Jacques would be able to visit their mother once doctors gave the go-ahead, but added that this would not be in the next few days.

“They know that she’s going to talk to them very soon. They miss her, of course, but they understand. Kids at that age, they understand,” Albert was quoted as saying. 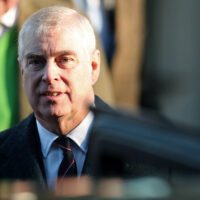