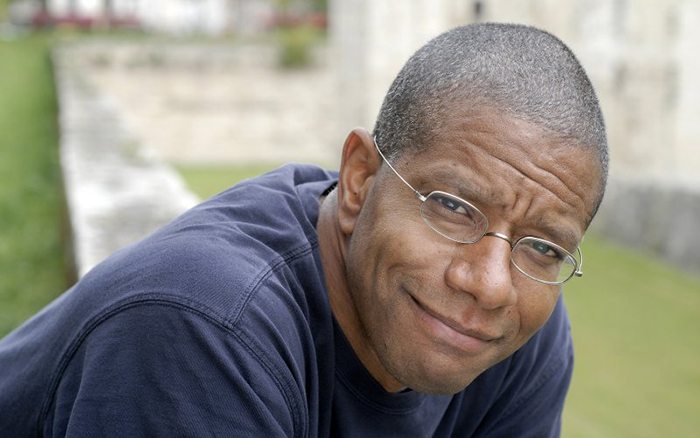 Paul Beatty is the first American writer to win the Man Booker Prize, and is assured of worldwide fame.

'Laugh out loud' novel is proclaimed fitting winner in age of Trump and Black Lives Matter.

It is fitting that it has happened as Donald Trump bullies Americans into voting for his “scare and fear” campaign. Paul Beatty today became the first US writer to win the Man Booker Prize in its 48-year history for The Sellout – a caustic satire on American racial politics.

The prize is awarded each year to the best original novel written in the English language and published in the UK. The winner is assured of world renown. Previous winners include Australians Thomas Keneally and Peter Carey, Kiwis Keri Hulme and Eleanor Catton.

In the laugh-out-loud novel, the main character wants to assert his African American identity by bringing back slavery and segregation.

As the Guardian noted, “It is not a book that pulls punches. Anyone offended by early Richard Pryor might think twice about reading The Sellout. There is lots of swearing and frequent use of the n-word.”

It was adored by most critics with the Guardian calling it “daring and abrasive and “a joy to read.”

The Wall Street Journal called it a “Swiftian satire of the highest order. Like someone shouting fire in a crowded theatre, Mr Beatty has whispered ‘Racism’ in a post-racial world.”

British historian Amanda Foreman, who chaired this year’s judging panel, said that was no bad thing.

“Fiction should not be comfortable,” Foreman said. “The truth is rarely pretty and this is a book that nails the reader to the cross with cheerful abandon … that is why the novel works.

“While you’re being nailed you’re being tickled. It is a high-wire act which he pulls off with tremendous verve and energy and confidence. He never once lets up or pulls his punches. This is somebody writing at the top of their game.”

Foreman called it a “novel for our times”, particularly in the context of the Black Lives Matter movement.

“The Sellout is one of those very rare books: which is able to take satire, which is a very difficult subject and not always done well, and plunges it into the heart of contemporary American society with a savage wit of the kind I haven’t seen since [Jonathan] Swift or [Mark] Twain.

“It manages to eviscerate every social taboo and politically correct nuance, every sacred cow. While making us laugh, it also makes us wince. It is both funny and painful at the same time.”

The books losing out on the prize were Eileen by Otessa Moshfegh (US), Do Not Say We Have Nothing by Madeleine Thien (Canada), All That Man Is by David Szalay (Canada-UK), His Bloody Project by Graeme Macrae Burnet (UK) and Hot Milk by Deborah Levy (UK).

The $A80,000 / $NZ85,000 win was announced at a black-tie dinner at London’s Guildhall. Beatty, the author of three previous novels and two books of poetry, was presented with his trophy by the Duchess of Cornwall.