Having kicked off earlier this month, more than 250 new films (plus a few old favourites) will be debuting on screens across the city at this year's Sydney Film Festival.

Here’s a few we are particularly excited about:

This Rachel Ward-directed film is the star of the Opening Night Gala. Featuring Ward’s hubby Bryan Brown plus a fab cast including Richard E Grant, Sam Neill and Greta Scacchi, it is the story of a bunch of old friends who come together at ‘Palmie’ to celebrate a milestone birthday. Of course, things don’t run exactly as planned. Recommendation: If you liked The Big Chill or Ward’s earlier film, Beautiful Kate, don’t miss this. Blinded by the Light

A promising feel-good comedy by Bend It Like Beckham director Gurinda Chadha, this is the story of a misfit British-Asian teenager whose life turns a corner after he discovers the music of Bruce Springsteen.  Recommendation: Springsteen fans will enjoy the fact there are 17 of his songs featured; also if you like the humour of films like Bhaji on the Beach or East is East, this one’s for you.

A masterful and moving drama from Oscar-winning director Florian Henckel von Donnersrmarck set in Germany in the decades after WWII. Loosely based on the life of artist Gerhard Richter, this three-hour film is really about love: whether it be romantic, familial, artistic or patriotic. Recommendation: Fans of European cinema and thoughtful dramas should not miss this. 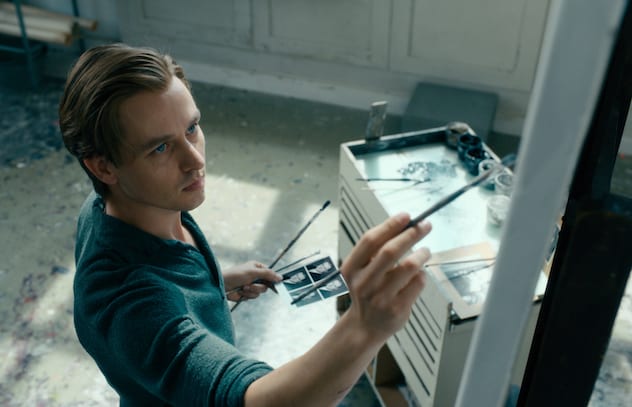 Emilio Estevez wrote, directed and stars in this film about a group of homeless people who, when it gets so cold they can’t survive outside on the streets, stake out a Cincinnati public library. A film about choosing kindness over apathy, it also stars Alec Baldwin and Christian Slater. Recommendation: For anyone who believes the morally right way to act may not always be the same as what the law dictates.

The real-life story of city dwellers John and Molly Chester who decided to leave their urban lives behind to set up a sustainable farm in California. Both heart-warming and inspiring, this documentary has already won multiple awards. Recommendation: Anyone interested in living more ‘greenly’ will enjoy this film.

The Sydney Film Festival is on until 16 June 2019, screening at seven cinema venues across Sydney. sff.org.au