One of the most universally daunting moments in any young man or woman’s life has to be their first kiss.

The anxiety, the anticipation and the hesitation as you build up to that moment as well as trying to figure out what to do once you get there is all apart of this coming-of-age process.

If it seems like a distant awkward memory, this short film may see you relieve your own first kiss and possibly leave you feeling all giddy inside!

The film, First Kiss, by amateur filmmaker Tatia Pilieva, documents 20 strangers all brought together to pucker up for a nerve-racking first kiss.

From men and women of all ages to those of the same sex, the couples giggle, joke and make awkward small talk as they build up to the moment – one even asks for the lights to be turned off.

Throughout the process the director does not hurry her subjects nor does she offer any helpful direction other than to lock lips – making the build-up to the kiss as much interesting viewing as the kiss itself.

That said, once the kiss begins all inhibitions seem to melt away, all barriers of polite acquaintance disappear and the complete strangers are lost in embrace, blissfully overcome with the excitement of the simple human act of kissing.

But what proves most intresting is what happenes once the kiss is over or has ended. Some of the participants appear so emotional at the idea of breaking away from their first kiss partners – once strangers now somewhat more; one gay couple simply hugs, while another pair seem to want to continue, even boldly asking “do we make out more?”

Filmed completely in black and white, the three-and-a-half minute film, appears to have delighted viewers – with over two million hits on YouTube in one night and more than 30 million views to date.

Some have described the film as ‘medicinal’ for viewers, many of whom left encouraging comments like, ‘beautiful’ and ‘made my morning’.

“A fruit salad of emotions! A little funny, awkward and touching,” one wrote.

Another viewer adding: “I love videos that show such vulnerable true human emotion.”

It seems the film is touching on a very basic human need to be held, to be touched and to exchange a moment of passion for no other simple reason then that we are alive, we are here and that we can.

Just to prove my point we recently discovered a New York woman giving cuddles for cash. Initially I was dumfounded that people would turn to a complete stranger rather than a friend, family or even a colleague when seeking comfort. But after discussing the issue with the NY woman herself over twitter, I began to realise that in a world were technology is helping to keep us connected, our most basic human urges and physical needs still need to be met – even if by strangers. 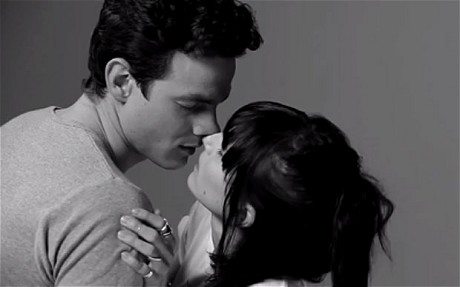