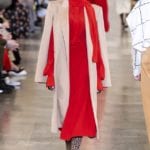 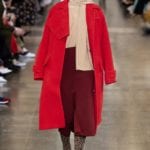 Here are the three trends from international fashion month that we're wearing already...

The fashion world is in mourning with the news that designer Karl Lagerfeld has died in Paris, at the age of 85. Arguably more famous than either those who modelled his clothes or the celebrities who flocked to wear them, Lagerfeld was an instantly recognisable figure in the world of high-fashion. His white hair coiffed in ponytail, his hands encased in leather gloves and his eyes hidden behind designer sunglasses, his eccentric yet stylish dress code suggested a man who sets trends rather than follows them.

When he was recently asked if he was writing his memoirs, Lagerfeld dismissed the idea with typical disdain. ŌĆ£I have nothing to say. IŌĆÖm actually trying to make sure that I wonŌĆÖt be remembered.ŌĆØ Yet that seems unlikely, judging by the rush of tributes from the fashion world ŌĆō everyone from Victoria Beckham (ŌĆ£geniusŌĆØ) to Donatella Versace (ŌĆ£incredible talentŌĆØ). The man who rebranded Chanel, becoming the fashion empireŌĆÖs artistic director in 1983, was the very opposite of someone with nothing to say.

Born in Hamburg, to a German mother and a Swedish father, who imported condensed milk for a living, Lagerfeld claims that when he was 4 years-old, he asked for a valet for his birthday. As a teenager he saw a Dior fashion show in his hometown; he swiftly moved to Paris, initially working for Pierre Balmain before later joining for Fendi in a lifelong collaboration. But it was his role with Chanel ŌĆō along with the creation of his own ŌĆśKarl LagerfeldŌĆÖ brand ŌĆō that turned him a fashion titan.

Unafraid to open his life up to the cameras, he was the subject of a 2007 documentary, Lagerfeld Confidential, seen dining with Princess Caroline of Monaco and decreeing that ŌĆ£possessions are burdensomeŌĆØ. Even his outspoken opinions couldnŌĆÖt dent his appeal, whether condemning GermanyŌĆÖs refugee policy or the #MeToo movement, as he collaborated with everyone from Kendall Jenner and Cara Delevingne to H&M and Diet Coke. Famously once remarking ŌĆ£I am very much down to earth, just not this EarthŌĆØ, haute couture will never be the same again.