The release date for the fifth season of Outlander is imminent - and with Sam Heughan's character Jamie reaching a significant milestone, it's given the Scottish actor reason to reflect on his own life and what the future holds for him.

Jamie Fraser is no longer the strapping young lad but a mentor for the younger folk in his community of Fraser’s Ridge. You’ve matured along with him.

That’s right. This season Jamie hits 50, which is a big moment for him. And for me too, as I will turn 40 soon. I definitely feel like taking stock as you do every year as you get one year older. And yeah, 40 is a big one for me.

Season Five premieres soon (February 17). Your fans are very passionate – what do you think they’ll think of the first episode?

Yes, they are definitely fervent and they’re extremely excited and they have been so supportive of us throughout the years. We’re lucky and I’m excited to share the season with our fans. I think the first episode is definitely one for the fans. It gives them a moment to really enjoy spending time with the Frasers and their extended family. And I think the wedding episode really gives them time to wallow in that, but of course things go downhill pretty quickly, so they get a little breathing space before we really get into the drama.

And Jamie has become a grandfather. Can you see yourself as grandad Sam one day?

No I don’t! That’s terrifying! (laughs). But I’m happy for Jamie. He’s got everything he always wanted. He’s always wanted that family, he’s got the daughter that he never thought he would have, and he is desperate for his daughter, Brianna, and [her husband] Roger to stay in his time zone, but obviously it’s not a safe place for them. As far as me being a grandfather? I will leave that another 10 years if that’s alright, as long as possible.

Do you think marriage is in the future for you one day?

You’ve become one of Scotland’s most popular exports.

Thank you. They’ve actually made me a Scottish Ambassador, whatever that means. But it’s great to be working with the Scottish government, they’ve been very helpful. And I have my whisky being launched this month and they have been really helpful with that. It’s called “The Sassenach” (if you don’t understand the meaning, ask any Outlander fan) and it’s a unique blend. I am very excited about it. It’s been a great honour to be able to bring Scotland to the rest of the world.

What is it about you that could be described as un-Scottish like?

Well, I have been eating vegan recently, and it doesn’t really fit with haggis, does it? (laughs) 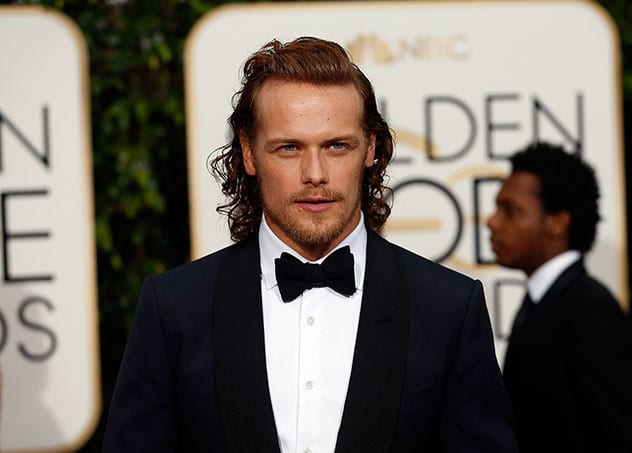