How much do you really know about the famous philanthropist?

1) Oprah was the first African-American star to be on the cover of Vogue.

2) Her parents had named her Orpah, after a biblical character from the Book of Ruth, but it was misspelled on her birth certificate, and it somehow stuck.

3) She celebrated her 51st birthday by getting her ears pierced.

4) The name of her production company is Harpo, which is Oprah spelled backward. It’s also the name of the character she was married to in The Colour Purple, her first film role for which she was nominated for an Oscar.

5) As a teen she would memorise 20 new vocabulary words a week.

6) 50 Cent named his dog after her, and his cat after her best friend, Gayle.

7) Winfrey has donated her voice for an array of cartoon characters, voicing Gussie the goose for Charlotte’s Web, and Eudora, the mother of Princess Tiana in Disney’s The Princess and the Frog, among others.

8) She begins her days with a prayer or meditation.

9) Oprah Winfrey is at least 8% Native American – something she discovered when undergoing a DNA test for the PBS show African American Lives.

10) In 2013, Oprah was awarded the Presidential Medal of Freedom (the nation’s highest civilian honour) by President Barack Obama. 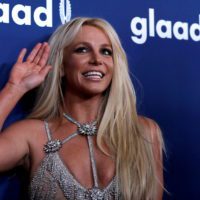