Unlike many traditional Royal Tours, such as Harry and Meghan's tour of Australasia last year, their upcoming trip is expected to be less formal and more "grassroots". REUTERS

Prince Harry and The Duchess of Sussex, Meghan Markle have been greeted by hundreds of voices in a resounding haka in Rotorua on the final full day of their New Zealand visit.

The Duke and Duchess of Sussex are visiting Te Papaiouru Marae in Rotorua for a formal pōwhiri (a welcoming ceremony involving speeches, dancing, singing and finally the hongi) on Wednesday before having lunch there afterward.

The Royal couple were presented with beautifully feathered Korowai cloaks made specifically for them – for the Duchess, this represents her mana and position as a powerful woman. Duchess Meghan wore a long-sleeve navy dress by Stella McCartney for the occasion. She accessorised her look with a traditional New Zealand jade necklace given to her by the Governor General of New Zealand, Dame Patsy Reddy. 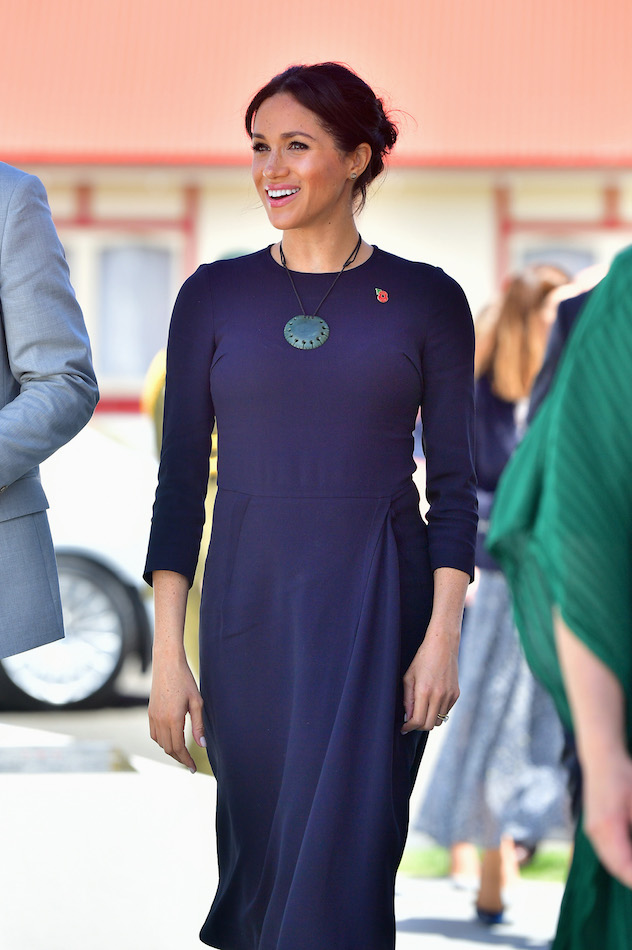 After a mostly quiet wait for the royal visitors, the crowd at Te Papaiouru Marae erupted into a haka to bring them on as they approached the Tamatekapua meeting house.

Following the lunch, the couple will head to Rainbow Springs to learn more about the centre’s kiwi breeding programme. Kiwi, which are New Zealand’s national bird, have become increasingly endangered in recent years, and Their Royal Highnesses will meet conservationists working to protect the species. They will also have the opportunity to name two young kiwi chicks at Rainbow Springs.

Later that afternoon, The Duke and Duchess will head into the city for the chance to meet members of the public. They will then travel to Redwoods Treewalk Rotorua. The treewalk is a 700m-long walkway of suspension bridges between 117-year-old Redwood trees.

Their time spent in New Zealand has been jam-packed with events and appearances. On Tuesday afternoon following a welly-tossing contest, the Duke and Duchess joined New Zealand Prime Minister Jacinda Ardern at Pillars, a charity that supports children who have a parent in prison by providing special mentoring schemes followed by a walkabout at Auckland’s Viaduct Harbour to meet well-wishers. Later on Tuesday evening, they stepped out for a formal reception hosted by the Prime Minister at the Auckland War Memorial.

The recently pregnant Ardern had kind words for the Duchess and said she thought the Duchess was “incredible” for the way she had handled the exhausting tour which started more than two weeks ago.

The party last night was held to honour guests aged between 17 to 25 who have made a positive contribution to their community. 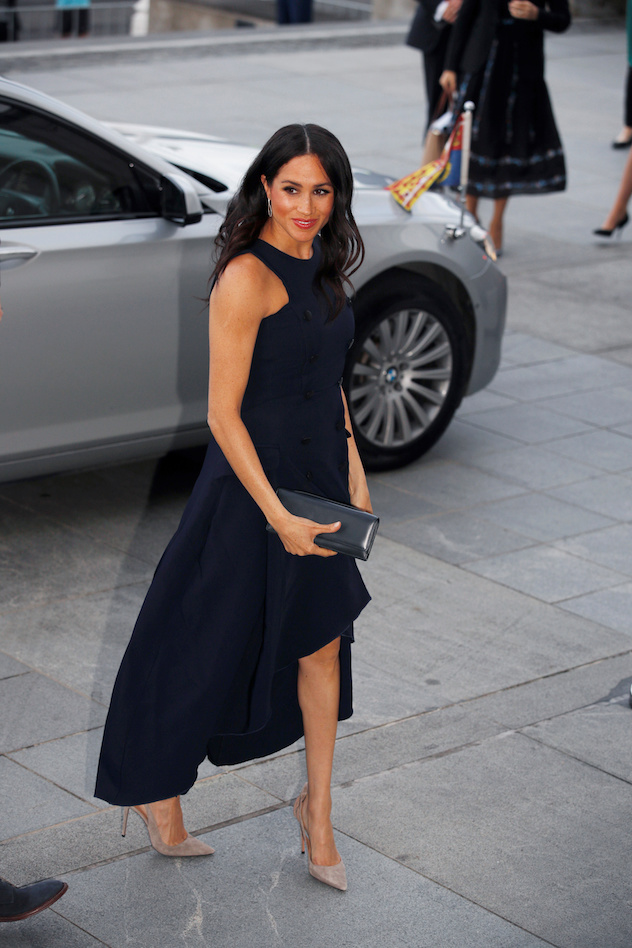 Duchess Meghan opted to wear an understated but elegant navy Antonio Berardi dress, while Harry looked dapper in a suit. She appeared to have recycled the outfit after first wearing the dress to watch Prince Harry play polo last year.

Their Royal Highnesses will return to Auckland that evening, before departing for London the following day.

In case you missed it, Meghan Markle wore a see-through...

In case you missed it, Meghan Markle wore a see-through... more
more