Dame Jane Goodall is considered to be the world’s foremost expert on chimpanzees. As well as her work studying and observing these primates, her 60-year-long career has spanned conservation, activism and mentorship.

Here are 10 things you may not have known about the legendary primatologist and MiNDFOOD’s September cover star.

1. Her findings changed the definition of man

Goodall made a discovery in 1960 at the age of 26 that would come to be considered one of the greatest achievements in 20th century scholarship – that chimpanzees make and use tools.

Her finding came at a time when it was believed only humans used and made tools, and humans were defined as ‘Man the Tool Maker’.

In response to this discovery, Goodall’s mentor Dr Louis Leakey wrote, “We must now redefine man, redefine tool, or accept chimpanzees as human.”

Goodall also observed that chimps engage in warfare with neighbouring communities, that they are capable of altruism, and discovered that they eat meat.

2. She had her first chimp ‘encounter’ as a baby

Goodall was first introduced to chimpanzees at the tender age of one, when she was gifted a toy chimp by her father. Its name is Jubilee, and it remains on Goodall’s dresser to this day.

3. She had a crush on Tarzan

Goodall loved stories about animals and Africa as a child, and was particularly fond of the Tarzan series by Edgar Rice Burrough. “I had read Tarzan and fallen in love, although he married the wrong Jane, the wretched man,” she joked.

4. She has been observing animals since she was a preschooler

Goodall has loved observing animals even from a very young age. When she was four years old, she hid in a henhouse for almost four hours to find out how a chicken lays an egg. “I was oblivious of the fact that no one had known where I was, and the whole household had been searching for me,” she recalls. “They had even called the police to report me missing.”

5. She was not allowed to travel to Tanzania alone

Goodall first travelled to what is now Tanzania in 1960, and began her first study of wild chimpanzees. Because it was deemed inappropriate for Jane to travel alone to Tanzania, authorities mandated she have an escort. Goodall took her mother along for the journey. 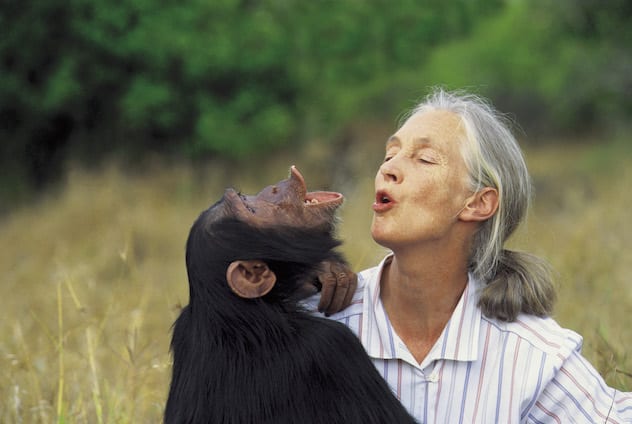 6. She had no formal scientific training when she undertook her research

When Goodall first visited the Gombe Stream National Park in 1960, she had received no formal scientific training. Having no preconceived notions of what animal research should be allowed her to devise unique methods of research which led to her many breakthroughs.

7. She was only the second researcher to attempt to study chimps in the wild

Before Goodall’s expedition to Gombe, there had only ever been one concerted attempt to study chimps in the wild. Unlike Goodall, who was only accompanied by her mother and an assistant, the first scientist “had a trail of 22 porters”.

8. She earned a PhD without an undergraduate degree

Goodall entered Cambridge University as a PhD candidate in 1962 despite not having a bachelor’s degree. She was only the eighth person to be accepted to do a PhD at the university without having an undergraduate degree. “I never went to university after school because we couldn’t afford it. We didn’t have any money,” Goodall said.

Despite her landmark discoveries, Goodall’s work faced criticism at times. For example, fellow scientists objected to Goodall naming the animals that were part of her studies. At the time, common practice was that animals were assigned numbers so that researchers didn’t become attached to their subjects and lose objectivity.

As one of the three most prominent researchers on primates in the world, Goodall is known as a ‘Trimate’, along with Dian Fossey and Birute Galdikas, who studied gorillas and orangutans respectively. All three women had been selected by anthropologist Louis Leakey to study hominids in their natural environments.

The Jane Goodall Institute Australia (JGIA) was founded in 2007 with the purpose to inspire action that connects people with animals and our shared environment. JGIA do this via two key programs: Roots & Shoots – an ever expanding network of young Australians, empowered and inspired to be change-making global citizens; and Africa – protecting chimpanzees and their natural habitat via community-centred conservation.

You can read an in-depth interview with Jane Goodall in the Australian November issue of MiNDFOOD. Click here for a sneak peak inside the issue. 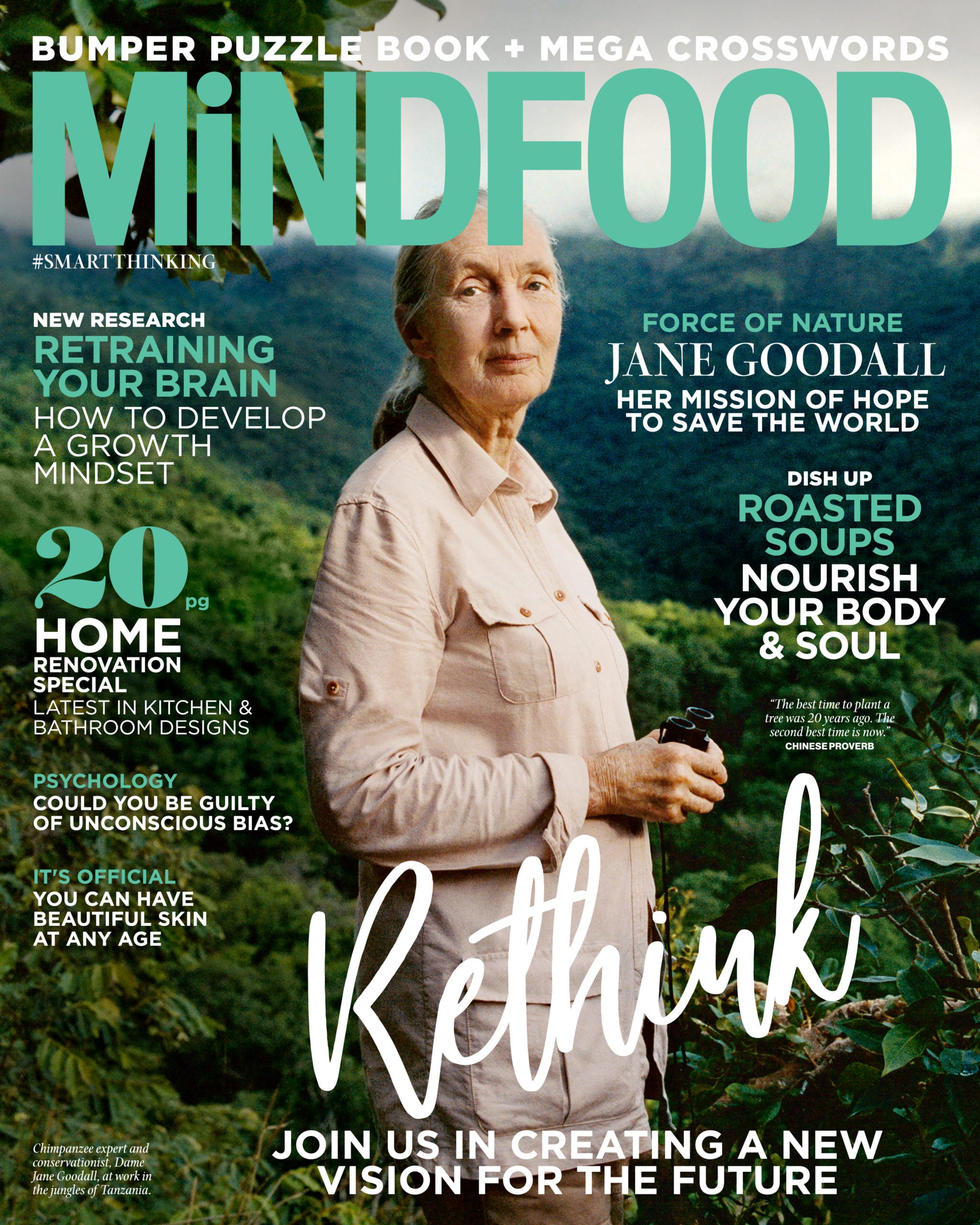 Candice Bergen talks about her new film 'Book Club', in...