Gisborne is the first city in the world to see the new day and its grapes taste the morning rays before everyone else. Fired by the sun, the region is blazing a trail for interesting and unusual wines.

When his father told him he’d bought a vineyard in Gisborne, Doug Bell thought: “Oh, that sounds nice,” recalls the commercial wine grower, looking back to his decision to leave Auckland 30 years ago. He and wife Delwin had both grown up on dairy farms, but enjoyed the big city lifestyle and had great jobs. “We were just married, and our work meant we’d both be overseas – separately – for months on end. We imagined watching the sunset together over a vineyard with a glass of red and the decision was made.”

Of course, admits Bell, the reality is very different. It’s been very hard work over the years – but still a decision the couple will never regret.

“We often tell people we left a high standard of living for a higher standard of life,” says Bell. “Those two things are quite different.”

When the Bells first arrived in Gisborne in the 1980s, it was a small, quiet farming region that was being “bulk planted” by the big wineries.

“Close to Auckland, with cheap land and a rural population ready to grow, it makes sense Gisborne was the first area of New Zealand to be commercially planted – long before Marlborough,” Bell says.

Hectare upon hectare of vines covered the landscape around the city, growing grapes destined for boxes of table wine. “Hybrid varieties you won’t even hear of now,” says Bell. “Like muller-thurgau and turgot-muscat.”

Like the Bells, most growers in Gisborne didn’t make wine themselves initially – unlike Hawke’s Bay and Otago, there were few “wine estates”. Then about 15 years ago, the area started to change.

“A local estate, Matawhero, imported some chardonnay and gewürztraminer,” says Bell. “Gisborne had often been dismissed as a bulk region, and people didn’t think we could do anything complex or interesting. But these wines set a benchmark for the high quality the region was capable of.”

The Bells decided to dedicate a section of their vineyard to emerging varietals. They established a relationship with Coopers Creek, a medium-sized winery in Auckland interested in making more unusual and challenging wines.

“We planted viognier, a wine Delwin and I love,” says Bell. “It was a huge success. We kept on talking to Coopers Creek about what boutique varietals would be next and we moved on to marsanne, malbec, arneis and – most recently – albarino.” This last wine, which heralds from north-western Spain, is what Gisborne is quickly becoming known for.

“It stands up well to wet weather, with its home region of Galicia seeing twice as much rainfall as we do here,” says Bell. “Wines grown around Gisborne, on our limestone riverbed soil, tend to be quite low in acid which means we can produce wines that are naturally lower in alcohol without being sickly sweet.”

As the domestic wine market in New Zealand trends towards more subtle flavours, unusual varieties and lower volume of alcohol, Gisborne is having its day in the sun.

Over at Millton’s, one of the oldest “estates” in the region, Annie Millton is also proud of what Gisborne has achieved.

“When we came back from Europe in the 1980s, we saw a real over-use of chemicals,” says Millton. “We’d seen how wine was grown in Europe, and in 1986 we started the journey to become certified organic and biodynamic.” Most growers in the area thought the Milltons were mad.

“We even started a label, Crazy by Nature, as a pun on what people were saying about us,” smiles Millton. But the move has paid off and now both their labels, Crazy by Nature and the more exclusive Millton Vineyard, produce organic and biodynamic certified wines across their four vineyards.

“We’ve just celebrated our 33rd vintage,” says Millton. “And we have a cellar door open from the October 1 to May 1, serving our wines along with biodynamic cheeses from Hawke’s Bay.” The rustic feel of their cellar door –  which operates from within the winery, allowing visitors to see the winemaking in action – sums up the relaxed and informal nature of the region.

Gisborne isn’t on the way to anywhere else – so people who visit have chosen to go there to experience the rich Maori culture, relaxed lifestyle and the genuine individuality of the region. “Last Saturday, my husband and  I took a walk along the wharf,” says Millton. “We watched a small fishing boat come in with a marlin and a kingfish, both more than 100kg. After they were weighed, a local restaurant prepared the fish and we had sashimi and a glass of wine as the sun went down. Gisborne is just that kind of place.”

Gisborne is known for being the first city in the world to see the sun, so to really enjoy it you need a place to stay that provides you with the perfect view. Luckily, Booking.com, the global leader in connecting travellers with the widest choice of incredible places to stay, has plenty to choose from.

Food and fun in Gisborne

Head north to Gisborne in July and you’ll not only be able to partake in the Gizzy Food Festival from July 1-10 but a variety  of other activities. A great destination for a weekend or longer, you’ll certainly find plenty to do. These two properties are among the many on offer that have stunning views to entice you out of bed and off exploring – even on the coldest winter mornings. The Quality Emerald Hotel (above), in the centre of Gisborne, has many rooms with balconies overlooking Poverty Bay. Free wi-fi comes  as standard and there’s a pool. To find out more click here. For those who prefer being out in the open, the Wheatstone Retreat (above) is a short drive from the city. A boutique bed and breakfast, rooms at The Wheatstone open on to a large sun terrace. The accommodation is pet friendly and bikes are available for hire. 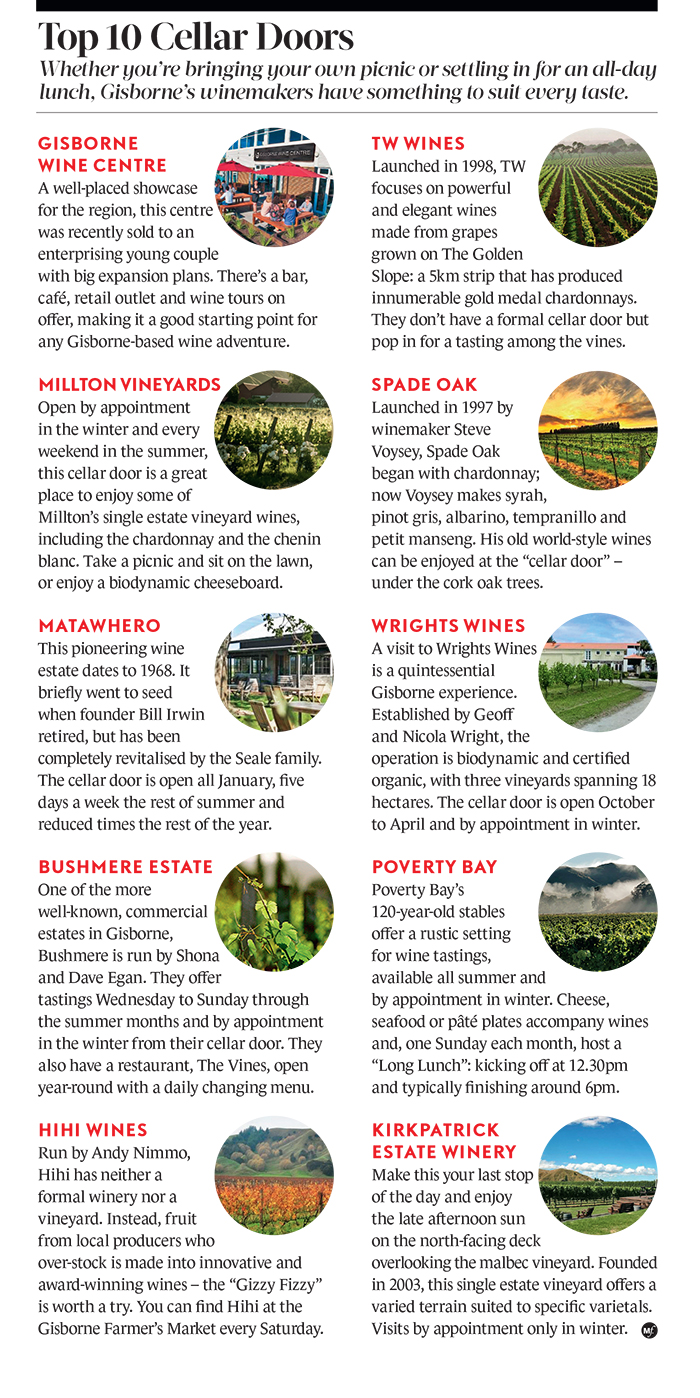