With the 2020 Tokyo Olympics Games coming to an end, we round up our favourite moments - from heartwarming victories to viral internet stars.

In an incredible show of sportsmanship, Mutaz-Essa Barshim (Qatar) and Gianmarco Tamberi (Italy) decided to share their gold medal after tying in the high jump.

Both reaching 2.37 metres, they had the option to go on a jump-off, but Barshim asked Tamberi if they could share it, which he agreed.

“It was amazing,” said Tamberi in a post-win interview. “And sharing with a friend is even more beautiful.”

The true essence of sportsmanship.

🇮🇹 Gianmarco Tamberi and 🇶🇦 Mutaz Barshim are approached about a high-jump tiebreaker jump-off… and agree to share the Olympic title.#Athletics #Tokyo2020 pic.twitter.com/HyyJU0MtT3

Skateboarding was introduced to the Olympics in Tokyo this year and saw some of the youngest athletes compete. Three teenagers, aged 13, 13 and 16 took home the gold, silver and bronze medals in the women’s street skateboarding final. Momiji Nishiya of Japan reacts after her fifth run in the women’s street skateboarding finals of the Tokyo Olympics at Ariake Urban Sports Park on July 26, 2021. The 13-year-old won the gold medal. (Kyodo)

Kiwi triathlete Hayden Wilde broke down in tears after winning bronze in the men’s triathlon event.

“It’s for my family and my dad, who passed away 12 years ago. He never got to see me race.”

Legendary gymnast Oksana Chusovitina competed in her eighth and last Olympics this year. The 46-year-old went to her first Olympics in 1991 and received a standing ovation from fellow athletes as she performed her last routine at the Tokyo Games.

The German women’s gymnastics team chose to wear full unitards, making a bold a statement against what they see as sexist regulations in the sport.

It was a significant moment, after the Norwegian Women’s Handball Team were fined for wearing shorts instead of bikini bottoms during their championship.

Argentinian fencer Maria Belen Perez Maurice may have lost her match, but her spirits were lifted when her coach and boyfriend proposed to her in the middle of a live interview.

Two Japanese siblings, Abe Uta and Abe Hifuma, made history as the first brother and sister to win gold medals in their respective judo finals.

New Zealand’s women’s sevens team captured the hearts of the nation when they took gold in the final. A post-match interview with Ruby Tui and Michaela Blyde (following a dramatic comeback from 21-0 against Great Britain) made the sevens stars go viral for their hilarious summing up of the game.

British diver Tom Daley delivered peak wholesome joy bringing his knitting hobby to the Tokyo Olympics – he even made a pouch for his gold medal.

“Learning to knit and crochet has helped me so much through these Olympics,” shared the Olympian on his knitting Instagram account.

Dutch runner Sifan Hassan wowed Olympic fans after winning her heat in the women’s 1500 metre race, despite falling over 300 metres before the finish line.

Hassan picked herself up and made an incredible dashed past the other runners in the 300-metre sprint to the finish, managing to win the race by just 0.11 seconds.

Sport climbing made its debut at the Tokyo 2020 Olympic Games. The climbers, who competed in three disciples (speed climbing, bouldering and lead climbing) stunned audiences with their impressive feats, at some points seemingly defying the laws of gravity.

Google searches for the sport spiked, making it one of the most popular events to watch at the Tokyo 2020 Games. 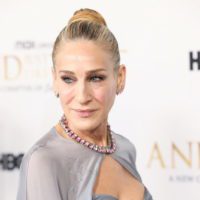