After struggling to find jobs, four friends with intellectual disabilities took matters into their own hands.

Breaking into New Zealand’s competitive craft beer market is no easy endeavour. But a group of young entrepreneurs from the Kāpiti Coast are showing it can be done.

Cameron Stichbury, Nathan Martin, Janie Tutton and Neville Pugh make up the Independence Collective. The four, who all have intellectual disabilities, started the collective after struggling to find meaningful employment themselves.

“I had taken 30 CVs out to my local community with absolutely no response,” says Tutton. Stichbury’s lawn-mowing job had fallen through, Pugh was working weekends at a retail shop and Martin had no jobs coming his way. Fed up with the lack of opportunity around them, they decided to create the opportunities for themselves and launched The Independence Collective.

“Traditionally, people with intellectual disabilities may be lucky to find part-time work to supplement their benefit. We wanted more than that. We want to show the world we can be business owners, in charge of our own financial independence,” says Pugh.

“Sure, they need support but so does anyone starting their own venture. The support may be different but there should never be a barrier to entry.”

With no previous experience in the beer industry, the team made the smart decision to partner with local brewer George Duncan. Each team member takes a hands-on role in the daily operations.

Pugh and Tutton look after promotion and sales, Stichbury works in the bottling line at the brewery and Martin does a bit of everything. 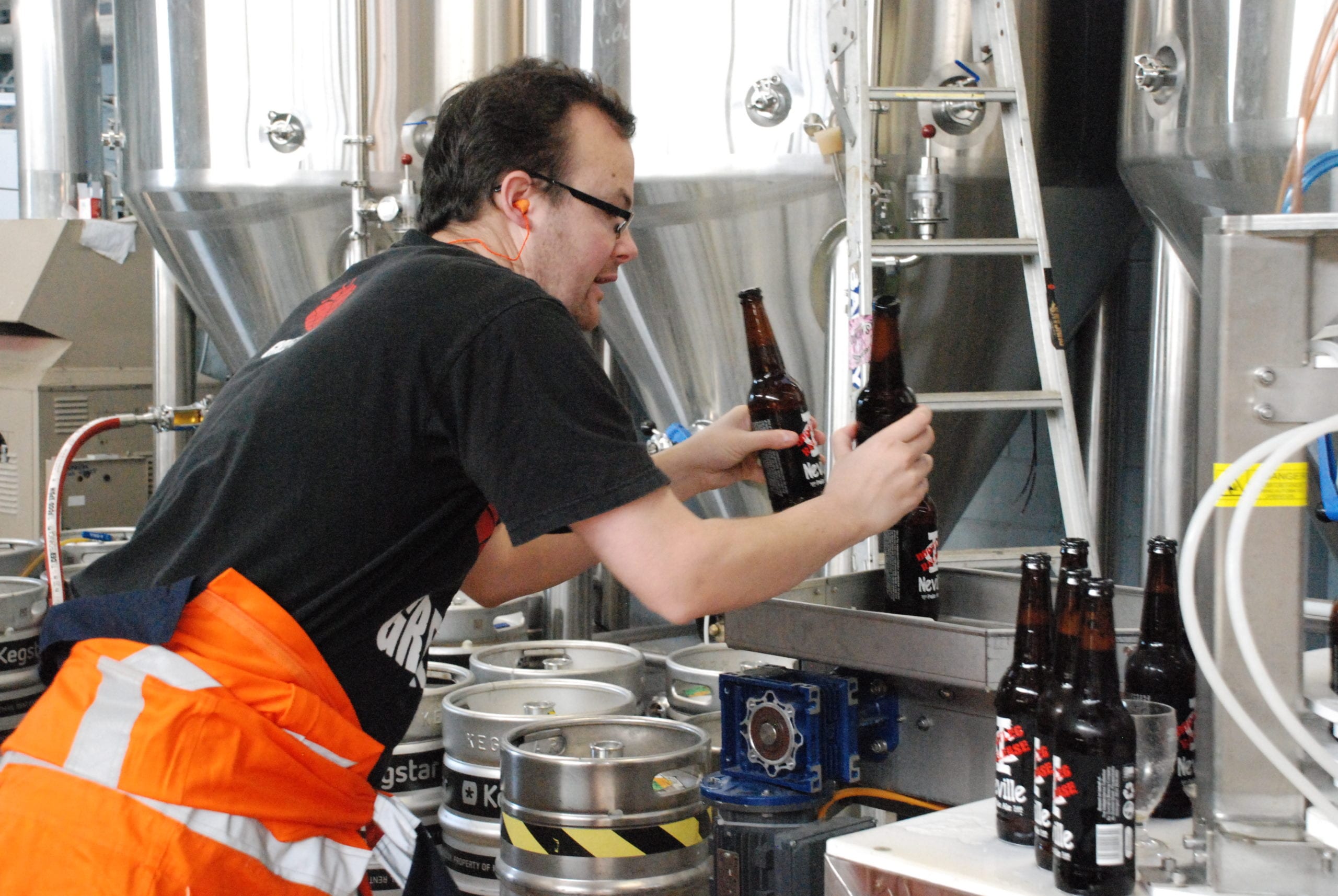 Launching their first beer, ‘The Neville’ (named after Pugh) in 2018, their signature brew became a cult hit on the beer circuit.

With the success of The Neville, the collective sought to expand the business. Partnering with design agency MILK they rebranded to Change Maker, with slick new packaging and a fresh look.

With a pilsner, IPA and pale ale, Pugh says they stand out with a unique selling point. “Drinking our beer will literally change lives. For every bottle of Change Maker beer you purchase, you are not only buying a great-tasting beer, you are also helping us gain financial independence.”

Breaking into the market

In 2019, they took Change Maker to New Zealand’s biggest beer festival, Beervana, to compete with the industry’s major players.

“Beervana was the perfect opportunity to test the new branding; it opened us up to the discerning beer-buying public on a much larger scale,” says Tutton. “The feedback on both the beer and the branding was really positive.” Since Beervana, the friends have seen their business go from strength to strength.

They’ve starred in TVNZ’s Unbreakable series, formed new brewing partnerships with Moa and Behemoth and secured deals with Foodstuffs and Liquorland to distribute their beer across the country.

Proud of their success so far, the collective hope to be a shining example of what people can achieve, regardless of ability.

“This is not only about the four of us, it is about showing others what can be done and helping as many others as we can through the collective to start their own ventures and gain financial freedom,” says Tutton.

Like any entrepreneurs, they’ve got big aspirations and bright ideas for the future. “Our goal is to become one of the market leaders in the beer sector,” says Tutton.

“We are also looking at the possibilities of growing the collective into a nationwide group of individuals all working towards financial independence. We even have aspirations to seed our brand to support others overseas to start Change Maker.

“Beer is just the beginning.”