Need some help making decisions? The Counsellor is the digital friend you never knew you needed. How was Jamie to know in what ways exactly it could change his life ...

He made it through the back door, past the ground-floor rec room and upstairs to Level Two. All without being hassled.

But just as he slunk past the last door between him and his room, it flung open. A tall figure emerged from the communal kitchen. Licked his lips.

His voice was so melodious; made you feel like clicking your fingers in time to it. Usually.

“Not much Suds. Trying to slip to my room incognito.”

Sudi didn’t ask why. Had something else on his mind.

“Wanna go to The Underground?” he asked.

That explained why the bookish Sri Lankan had shed his trackies. In chinos and a black, collared polo, he was dressed up.

Sudi looked down, scuffed his blue Nikes on the carpet. “You sure?” he crooned. “Only two bar nights left before exams.”

Sudi nodded. “Are you okay?” he asked. “Did something happen?”

Jam looked at him, thinking, yeah, actually. For starters, in today’s Sociology tute Darren, Shale and Sabrina had chatted merrily about their camping trip last weekend – the one he hadn’t been asked on.

He’d gotten his results, too: a D Grade Pass. For an assignment he’d laboured on for weeks, bending his brain out of shape to get what Giddens was saying. All to be informed in scribbled comments by Palmer that “You haven’t grasped some of the fundamentals.” Then, later, he’d gotten a text from Kokomo: they were cutting back his shifts.

To one. On Saturdays.

Today had sucked, and he pondered telling Suds that something did happen. A cluster of somethings. But he didn’t.

“Fair enough,” said Sudi, pushing his glasses back up from the end of his nose. “Mind if I join you?”

“Aren’t you going to The Underground?”

“Not on my own – everyone else has left.”

At the IGA they’d snared a carton of Lit: craft beers from some independent brewery. One of those start-up operations that brewed ales whose fumes knocked you wobbly.

Later, in their searing post-mortem of The Raven, Jam and Suds agreed on a 1-star rating.

“Had a good soundtrack, at least,” Jam conceded.

The deeper they ploughed into their Lit supply, the deeper their chat. Eventually, Jam got to the deepest of topics.

The amazingness of Mel Stewart.

“That smile of hers, man. It … it lifts me,” Jam gushed. He shook his head like it just wasn’t possible to describe Mel in words that could be understood by a mortal.  “But,” he continued, trying to do so anyway, “it’s more than that. She”s just … she’s just … cool. Ya know?”

Sudi nodded sympathetically. As though he did know.

“She sounds nice, dude. Have you asked her out?”

“I dunno how,” he bemoaned.

Sudi stroked his pencil-thin sort-of-mo, contemplating. “Do you use The Counsellor?”

“Mrs Jenkins? The day I take dating advice from that old …”

“Not the campus counsellor,” Sudi interrupted. “The Counsellor. The digital PA.”

Sudi wrinkled his nose. “Sort of. They recommend stuff to you – what you should wear, where you should go.”

“A big one,” Sudi nodded. “The Counsellor proactively suggests stuff. And makes it happen. Like, it’ll suggest you take Mel to the movies, and by the time you’ve realised that is a good idea, it has messaged Mel, booked your tickets and teed up an Uber.”

“And its algorithms are unreal at nailing your preferences. It gives spot-on suggestions,” Sudi continued. “It’s turned advice-giving into an art form, according to The Guardian.”

Jam shook his head. “I don’t need a re-badged dating app,” he said.

Sudi shrugged. “It’s not just for dating. It can advise you on anything.”

They moved on to other topics. Funniest comedians. QAnon theories. Squid Game.

Eventually, after the beers were all gone, Sudi called it.

Jam shut the door behind him, and sat down. His thoughts returned to this Counsellor thing. It sounded … full-on. “Smart devices knew waaaay more about you than was healthy,” he thought.

Then he slipped out his phone, and downloaded it.

Days later, things had turned around. It was like The Counsellor had unlocked some secret level of life.

He just had to select an objective – from ‘What to do tomorrow’ to ‘How to get an A on my essay’ – and its algorithms went to work. Drew on what it knew about him – and about the world, probability, and various other things – to determine an optimal course of action.

It had suggested some killer themes for his essay. He was hooked on a new Netflix series it had recommended and Mel had thought his date idea sounded “interestingly fresh” and said yes.

“Dunno how I ever lived without it,” he told Jackson, out on the balcony one evening.

“You know CorpComm are behind it?” the Novocastrian MBA student said.

Jam had seen that ABC exposé  on CorpComm. Everyone had. “They know too much about us, these things,” Jackson frowned.

Though he thought the same, he nevertheless riposted. “People don’t care what technology knows about them anymore,” he said. “Look what people post on social media – we want everyone to know what’s on our mind.”

A few evenings later Jam was at Limbo in the city, smashing Jägerbombs with Daisy, Ash and Marie, laughing and dancing.

Later, after Marie had peeled away, and Ash had left with some square-shaped dude from her English class, Daisy dragged Jam to the dance floor. Both trolleyed, they’d moshed their way through two rap metal songs before, inexplicably, the DJ put on a slow Coldplay track. Jam started for the bar but Daisy tugged on his shirt, drew him to her. She put her arms around his neck.

He shrugged, placing his hands on the small of her back. “Said she’s gotta study hard this week …”

“You should,” Daisy said. “She luuuurves hanging with you.”

Daisy cupped her hand to her ear. But before he could repeat the question she smiled coyly, put her hands in the air and turned a slow circle, shimmying to the music.

“What did you say?” she asked, on facing him again.

She giggled. “Okay, well, while you think, I”m going to powder my nose.” She slunk off.

He heaped himself onto a low-slung leather chair in one corner. Pulling out his phone, he checked his messages. None from Mel. Sighing, he scrolled through footy scores, and Exhaler updates, until Daisy eventually came sashaying back.

But just before she arrived, a voice piped up: Daisy isn’t using The Counsellor.

He’d discovered The Counsellor could speak to him. Could activate itself.

You should get her to.

“Should I just?” Jam frowned, repocketing his phone.

He swigged his Jäger.

Daisy waggled an eyebrow, and beckoned him onto the dance floor.

The day was a write-off.

He’d slept until lunch. Then, in the two hours since he’d crowbarred his eyelids open, he’d remained in bed, watching Ozark.

So, you should suggest to her that she does.

Fraggen hell. The hide of this thing.

Um … yeah. Suggest to a few others in your Sociology class that they download me, too.

“If I don’t, what exactly are you gonna do about it?” Jam scoffed.

I’ll let Mel know how often you’ve been looking her up on Exhale, Insta and The Chronicles, The Counsellor said. And Old School, Wavelength, ViewGroup…

He’d only checked out Darque X a couple of times. After a big night, he sometimes got randy and reckless, and somewhat curious in his searches. Despite what he’d said to Jackson, there were certainly some things on his mind that he’d never want anyone else to know.

He looked at his phone. Tapped open the text message he’d just got. And suddenly felt like a bullying brother had surprise-punched him in the guts.

He was going to have to do what the app said.

“Can you believe it comes in under 10 grand?”

They were in their dorm’s computer lab. Sitting behind him, chin on his shoulder, Daisy was directing Jam through travel-tour websites. They were scoping package tours they’d probably never go on.

Jam was feeling shit, but trying to work out how to recommend Daisy trial The Counsellor nevertheless.

“How are we gonna choose?”

“Nah, those digital PA things are annoying. Always getting stuff wrong, or misunderstanding what you say. Not my thing.”

Make her download it, read a text from The Counsellor.

Far out. Now it was listening to his conversations?

“Someone really wants to get hold of you, dude.”

He retrieved his phone, intending to power it off. But then he saw the image on screen. A snapshot of his internet history. Links included.

“I”m out of credit. Can’t you just download it, Daisy?” he snapped.

“Okay, okay. Sheesh,” she tutted. “Anyone would think you work for CorpComm or something.”

She pulled out her own phone. “The Counsellor, yeah?”

She showed him the screen, and the Wise Man symbol with the download circle underneath it, proving she’d done his bidding.

One day these things would be able to read your mind. He’d be in trouble then. His drunken internet searches were probably tamer than some of the imagery that went through his mind late at night, occasionally …

What now? He pulled out his phone, looked at the screen. A text.

Yeah. It’s shocking just how kinky your thoughts get sometimes.

Suggestion, the message continued, Start spruiking me to all your friends. If you do, I won’t have to post everything that’s on your mind.

David Day is a literature-loving sports enthusiast who lives in Canberra and loves to debate how the world could be improved. Having worked in shearing sheds, factories and silos, Day currently formulates public policy by day, jogs by evening, and writes by night. 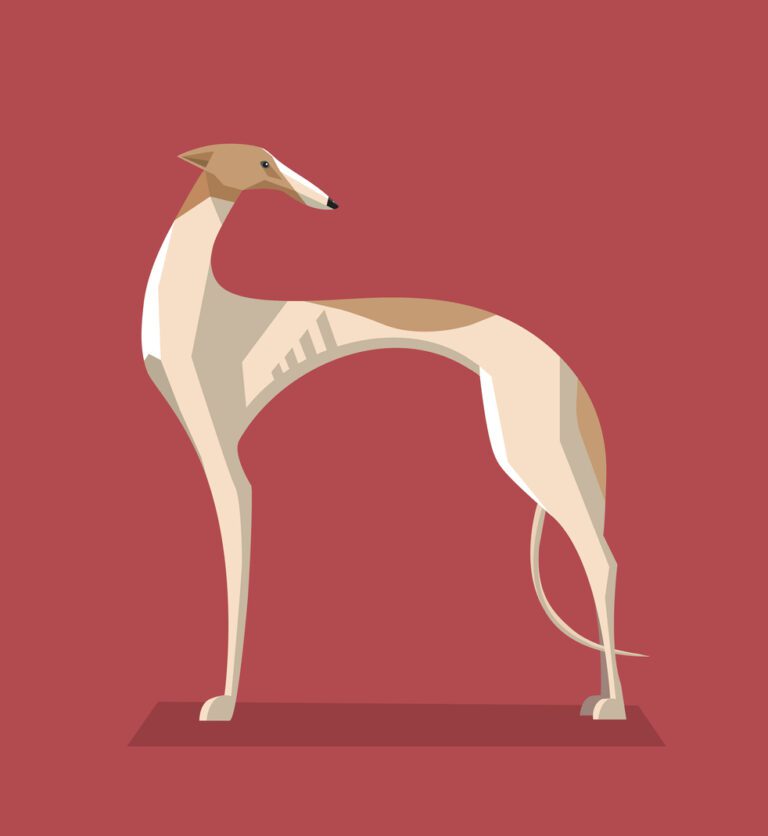 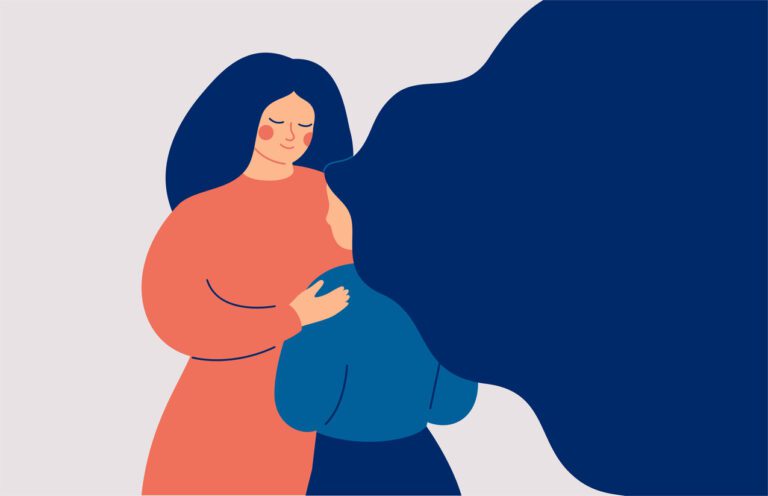