A new season of the Royal New Zealand Ballet is set to enthral audiences with an exciting triple bill, MiNDFOOD reports.

The Royal New Zealand Ballet returns to stages around New Zealand this February with the triple bill From Here to There, featuring works from choreographers Andrew Simmons, Christopher Hampson and David Dawson.

The season heralds the return of former RNZB dancer Andrew Simmons, who is currently based in Germany, to unveil a new work titled A Song in the Dark. Set to the music of legendary composer Phillip Glass, widely considered one of the most influential – and controversial – contemporary composers of the late 20th century, the performance will feature 16 dancers adorned in costumes by another former RNZB member, Kate Venables. “I wanted to find something that had energy and was dynamic without being a heavy orchestral number,” says Simmons of his choice to choreograph to Glass’s music.

A Song in the Dark debuts alongside another new commission, Silhouette, by Christopher Hampson, a UK choreographer who has a longstanding relationship with the RNZB. Formerly a dancer in the English Royal Ballet, Hampson ceased performing in the late 1990s. “Every minute on stage was such fun,” he recalls “but the commissions were starting to come from outside and I found that choreographing was becoming addictive.”

Hamspon’s work has been described as “unexpected”, “serene” and “transcendent” by reviewers and this season’s triple bill is set to provide yet more accolades.

Coupled with A Million Kisses to My Skin, created originally for the Dutch National Ballet by UK choreographer David Dawson, From Here to There has something for everyone says RNZB artistic director Gary Harris. “It’s a unique opportunity to see work from choreographers who have a different vision.” 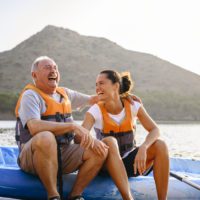 The skincare industry has been in huge growth mode for the...

The skincare industry has been in huge growth mode for the... more
more