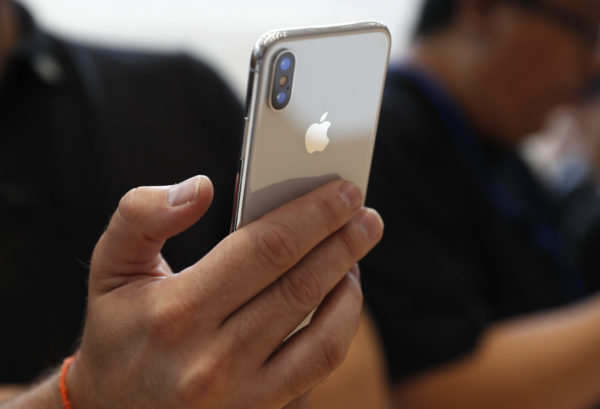 An attendee checks out a new iPhone X during an Apple launch event in California, U.S. September 12, 2017.

Here are the top five features of Apple's new iPhone

With Apple’s launch of the sleek new iPhone X, here are the top five features you need to know.

The iPhone X is Apple’s first phone to not have a home button. Instead, the home button’s functions have been replaced with gestures, such as swiping up to access the home screen. The omission of the home button creates a larger screen, making for a more visual experience.

Using Apple’s new True Depth camera system, Face ID features multiple cameras and sensors that work together to recognise the owner’s face. This revolutionary system works regardless of hair changes, poor lighting or the addition of glasses and facial accessories.

Possibly the best feature of the iPhone X is its wireless charging capabilities. The iPhone supports Qi wireless charging, meaning it works with most available equipment. It also features a new charging mat that can charge AirPods and Apple Watch as well.

Adding to Apple’s list of firsts, the iPhone X features a never-before-seen OLED Super Retina display. With a pixel density of 458ppi, a 1 million to 1 colour ratio and a diagonal measurement of 5.8 inches, the phone is visually beautiful. The phone also automatically adjusts its colour temperature according to the lighting.

The iPhone X is the second smartphone ever to feature dual OIS. The 12-megapixel cameras have special enhancements used to reduce noise and improve colour reproduction. The phone’s Portrait Mode has also been improved, with a new feature enabling lighting effects to be added to Portrait Mode photographs. On the front of the iPhone X is a True Depth camera, making selfies that much easier.

Cables getting snagged when you're out and about? Solved

Cables getting snagged when you're out and about? Solved more
more