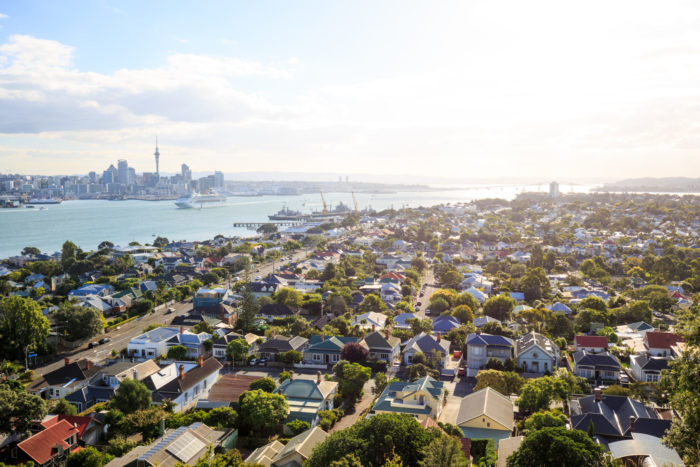 The Auckland skyline seen from Devonport.

New Zealand’s new Labour government is cracking down on foreign buyers in a bid to end the country’s housing crisis. As of early 2018, only New Zealand citizens or residents and Australian citizens will be able to purchase pre-existing homes, RNZ reports.

Prime Minister Jacinda Ardern said the changes would determine New Zealand’s residential housing as “sensitive”, meaning non-resident and non-citizens would only be able to purchase residential land to build on.

“Our position has always been that if you’re adding to supply, for on-sale of that new dwelling, then you will be able to build,” Ardern explained.

Contesting the National Party’s assertion that banning foreign buyers will harm international relations, Arden pointed out that “This solution does not breach our Korea FTA, it will not impact on TPP if passed on the timeline that I have proposed, nor will it impact on the China FTA.”

She admitted that some challenges to the free trade agreement with Singapore may arise, but would be worked through with negotiations.

Despite there remaining no official statistics on the amount of foreign buyers purchasing New Zealand property, Labour Trade and Export Growth Minister David Parker said the connection between a shortage in housing and rising prices was clear. “We had websites advertising directly overseas to market New Zealand property to overseas buyers, and there’s no doubt in my mind that there was additional price pressure as a consequence.” He added that “Just about everyone who buys who’s a foreign person buying into New Zealand – they’re a very very wealthy ‘1 percenter’.”

Finance spokesperson for the National Party, Steven Joyce, criticised the announcement. “There’s real difficuilties with [the decision] under the South Korean arrangement because of this requirement to treat each other’s countries’ investors equally,” he said.

Joyce added that banning foreign buyers would not solve the real issue, which is a lack of housing, particularly in Auckland. “What most people want from a global economy is the ability to sell to the people that give them top dollar. I think it is wrong to restrict that, and in any case it is futile,” he said.

Legislation regarding the foreign buyer ban is expected before Christmas.