Oil-covered pelicans sit in a pen waiting to be cleaned at a rescue centre following the Gulf of Mexico oil spill in 2010. REUTERS/Sean Gardner

BP will have to pay a $US20 billion settlement for its part in the oil spill in the Gulf of Mexico, a federal judge in New Orleans has ruled.

The ruling settles years of litigation over the 2010 oil spill. It will become the largest environment settlement in US history.

The settlement, first announced in July but confirmed yesterday, includes $5.5bn in civil Clean Water Act penalties and billions more to cover environmental damage and other claims by the five Gulf states and local governments. The money is to be paid out over a 16-year period. 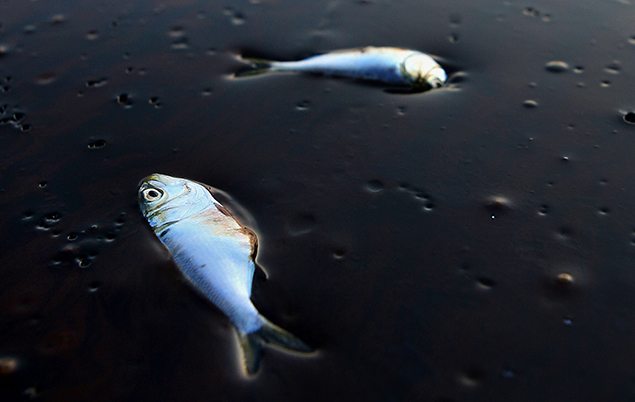 Dead fish after the Gulf of Mexico oil spill. REUTERS

BP had been called “grossly negligent” for the offshore rig explosion that killed 11 workers and caused a 134m-gallon spill.

In July when the settlement was first raised BP’s chief executive, Bob Dudley, said it was a “landmark step forward for all parties”.

“The numbers are huge but we can now plan for the future. That is a state we haven’t been in for five years,” Dudley said.

Meanwhile US attorney general Loretta Lynch has previously said of the settlement: “BP is receiving the punishment it deserves, while also providing critical compensation for the injuries it caused to the environment and the economy of the Gulf region.”