One of Auckland’s most sought after florists,Â Blush, has opened the doors of itsÂ very first boutique retail space.Â Blush owner and creative director, Kelly Karam, began her journey over a decade ago, specialising in bespoke, fashion-forward wedding florals.Â Karman’s love of â€˜beautiful thingsâ€™ has inspired her to extend the Blush floral offering to include an exclusive range of hand picked firsts and homewares, such as scented candles, coffee table books and chocolates.
Blush is open now at 76 Gladstone Road, Parnell.Â 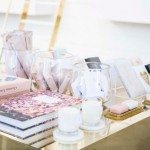 Tributes are flowing for the acclaimed and influential musician Prince after he died at his home in Minnesota. He was 57.

Police were called to the musician’sÂ Paisley Park estate early on Thursday and found his body in a lift.

In a statement, Carver County Sheriff Jim Olson said his deputies responded to a medical call about 9.43am local time and later found an unresponsive adult male in an elevator at Paisley Park Studios.

First responders tried to revive him with CPR but he was pronounced dead at 10.07.

Tributes came from all walks of life:

He Changed The World!! A True Visionary. What a loss. I'm Devastated. This is Not A Love Song. pic.twitter.com/x4JaSxRraC

Prince became a global superstar in the 1980s, with albums such as 1999, Purple Rain and Sign O’ the Times. His career, during which he sold more than 100 million albums, spanned rock, funk and jazz.

Hundreds of fans are said to have gathered outside Paisley Park. Among the many things weâ€™ve been deprived of during the coronavirus pandemic isÂ celebrity gossip...