At least 13 people have been killed and 20 injured in a shooting at Umpqua Community College in the US state of Oregon, according to US media reports.

The shooting was confirmed by a local fire department on Twitter.

Active shooter at UCC. Please stay away from the area

Aucklander Jaylen Gerrand, 20, was at the scene of the shooting but was not injured, according to the NZ Herald. Gerrand, who had been in Oregon for just three weeks, was said to be running alongside someone who was shot dead.

US President Barack Obama has been briefed on the shooting by a White House official. 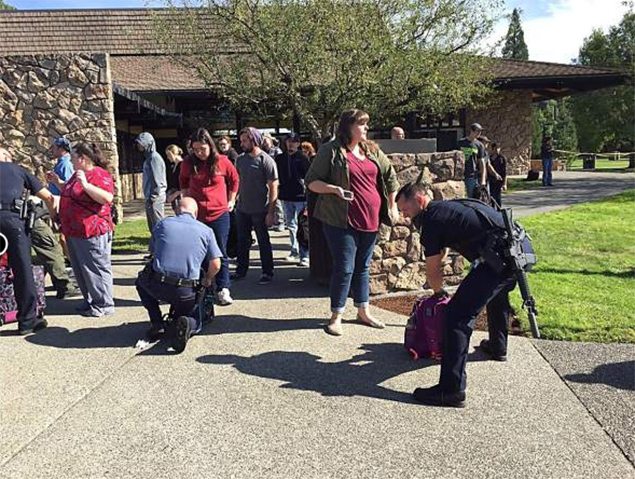 Douglas County Fire Marshall Ray Shoufler told CNN there were “multiple patients in multiple classrooms”. He said 11 people had been transported to a local hospital, two of which died at the hospital.

Shoufler said “multiple” people were dead but did not have a specific number.

One Comment on At least 13 dead in US college shooting