Art Stolen from Under Our Noses

Read an excerpt from 'Art Thieves, Fakers and Fraudsters: The New Zealand story', by Penelope Jackson.

Like many art historians it was my dream to rediscover a forgotten artist and tell his or her story. My chance came in 2003 when I was mesmerised by a painting hanging in Tauranga City Library. Derelict was by Edward Bullmore, who had painted it in 1957 at the age of twenty-four. It depicted an abandoned wooden boat washed up on the mudflats of Tauranga Harbour, and seemed to me to have been influenced by two doyens of the Canterbury school of landscape painting, Russell Clark and Bill Sutton, under whom Bullmore had studied at the Canterbury School of Fine Arts. However, the painting had a surrealist aspect that was at odds with the school’s teachings. Bullmore was clearly pushing the boundaries. Derelict was enchanting – beautiful, well painted, and on display in, of all places, a city that was bereft of a public art gallery and showed little interest in preserving its artistic and cultural heritage.

Eager to find out everything I could about Bullmore, I quickly discovered there was little written about him, and yet he had had a burgeoning international career in the 1960s. His paintings had featured in the cult movie A Clockwork Orange, and hung alongside works by Jean Miro, Giorgio de Chirico, Max Ernst, Salvador Dali, Yves Tanguy, Paul Klee, André Masson, René Magritte, André Breton and Pablo Picasso in a surrealist exhibition, The Enchanted Domain: Surrealist Art in Exeter, England in 1967. His achievements had, meanwhile, gone almost unnoticed in his homeland.

As I dug deeper over the following months I learned to my surprise that behind Bullmore’s exciting body of work lay a story of intrigue. More than 150 works had simply disappeared while being supposedly minded by his younger brother. As I researched and wrote up Bullmore’s life and work for a retrospective exhibition, the complexity of locating his works, and troubling questions around their ownership, whetted my appetite. Had the works been stolen? And if so was this an isolated case? Or was art crime taking place on an extensive scale in New Zealand?

American criminologist John Conklin has defined art crimes as criminally punishable acts that involve works of art. The definition is justifiably broad. Such crimes include straight-out theft, fraud in the form of forgeries and fakes, vandalism, wartime confiscations, and association with other crimes, such as artefacts being used as bargaining chips.

For most people, knowledge about art crime comes from sensationalist media reports, such as the revelation in 2016 that the august Alexander Turnbull Library, charged with collecting heritage material, had purchased a fake Lindauer despite being told it was probably just that, and from movies with handsome male leads, such as The Thomas Crown Affair, Gambit and The Monuments Men. In reality art crime is far from glamorous. In my search for information I have not come across any villains or victims remotely resembling Pierce Brosnan, Colin Firth or George Clooney.

Although many of the books and movies are the products of vivid imagining, this is a realm where truth can be stranger than fiction. Real events, such as the discovery in 2012 of a major collection of more than 1,200 artworks looted by the Nazis and hidden in a Munich apartment for six decades, have captivated the world. The owner of the apartment, Cornelius Gurlitt, was the son of an art historian and picture dealer who had been under orders from Hitler’s minister of propaganda, Joseph Goebbels, to amass modern artworks for a vast museum he planned to build in Linz, his hometown in Austria. The case helped stimulate greater awareness of historical art crimes, and offered fresh hope that stolen artworks could still be recovered more than half a century later. In November 2014 the Kunstmuseum Bern in Switzerland accepted several hundred works from the Gurlitt collection in accordance with the provisions of Gurlitt’s will. Other works were to remain in Germany until their rightful ownership could be established.

The question I asked myself was how New Zealand fitted into this picture. Did my country, too, have a history of art thefts, fakes and forgeries? I quickly found it was not an easy question to answer. Many cases go unreported. Those that are reported rarely receive specialist attention from the police. In this we follow the rest of the world. Art crime specialist Noah Charney as observed in The Art Newspaper that police forces seldom distinguish between stolen art and other stolen goods. ‘A Rembrandt,’ he noted, ‘is classified with a CD.’

In New Zealand little attention has been given to classifying art crime and the police force is too small to support the sort of art crime squads or art loss agencies that exist in other countries. In late 2015 Dr Catherine Gardner of the New Zealand Police, preparing to address the inaugural symposium of the New Zealand Art Crime Research Trust, researched ‘theft of art’ in police records. Ninety-three cases had been registered since recording began. Most were not well defined and the file often appeared to be a dumping ground for difficult and obscure cases. One record concerned the theft of a person’s hair extensions.

When I began researching art crime in New Zealand, the task felt at once daunting and exciting. Initial searches threw up a large amount of material, mainly newspaper clippings. I began to get a sense of the scale and enormity of the work ahead. Kathryn Ryan interviewed me on her Radio New Zealand programme Nine to Noon. Within minutes of the interview ending a number of people had contacted me with their own stories. Some wanted to know if I could help them locate missing artworks. Others asked if there was a book on the subject. There seemed to be a big story to tell.

One thing, though, surprised me. I was no stranger to research: I had curated exhibitions and worked in public art galleries for most of my career and found organisations and individuals usually helpful and generous in adding to our canon of art history. Yet when it came to art crime a number of people actively avoided my quest for information. I was sometimes challenged as to whether shining a light on these activities and opening old wounds was helpful to the art world. Some institutions wanted to conceal the fact that artworks had been stolen from them, or they had purchased or otherwise acquired paintings of dubious provenance. I came across roadblocks where information was kept strictly confidential and thus unobtainable.

Perhaps I should not have been surprised. Art crime had been on my radar for a while, and in one case had come very close to home. In 2011 nine New Zealand artists were invited by an American environmental group, Pew, to sail to the Kermadec Islands, which lie in a largely pristine area of New Zealand territorial waters. Out of this voyage had come a touring exhibition originating at the Tauranga Art Gallery Toi Tauranga, where I was director. Two days before Christmas two small canvases went missing from the exhibition. The work of the artist John Reynolds, the canvases were part of an installation of 113 works, all the same size, called Wakey, Wakey, Wakey. Displayed to Reynolds’ specifications in a random-looking pile, the works were counted every morning and evening by gallery staff, but because of their small size it had proved easy enough for someone to slip two of them into a bag.

Fortunately the artist was happy to supply replacement works, but for gallery’s staff the theft was a wake-up call. It had happened right under our noses, despite security cameras and diligent observation. Not wanting the public to realise the small canvases were an easy target, I did not report the incident to the police or media. This is not unusual: victims of art crime may not go public for fear of inspiring and encouraging copycat crimes. And for art galleries there is another consideration: as organisations reliant on the goodwill of private lenders and other galleries and museums, we do not want to raise any doubts around the security of our premises.

This book includes some cases that have received a lot of public attention and others that have been kept quiet for a variety of reasons. It is the first comprehensive report on art crime in New Zealand but I am sure it will not be the last. Just as technological and scientific advances are making it easier for such crimes to be committed, they are also making it easier for them to be detected. Behind traditional art history, then, there increasingly lies this alternative history, at once both fascinating and shocking.

Extract from Art Thieves, Fakers and Fraudsters: The New Zealand Story, published by Awa Press; available in all good bookstores and online at awapress.com. Read more in the November issue of MiNDFOOD, available instores from Monday 2nd October.

Penelope Jackson appears at the Tauranga Arts Festival to talk about New Zealand’s art crime on Sunday, October 22 at 11.30am. Tickets from www.ticketek.co.nz
See the full programme featuring performers from around the world at www.taurangafestival.co.nz 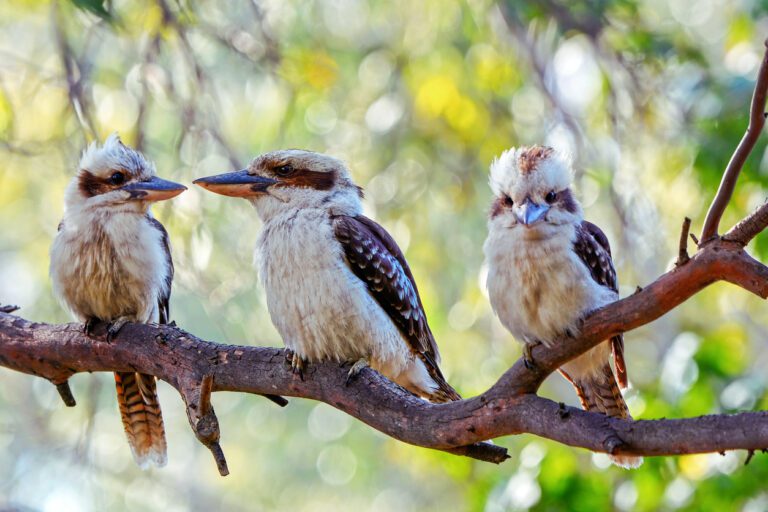