Given that today is World Food Day and we love food, we thought it would be fitting to explore some of the different cuisines around the globe. We’ve narrowed it down to 6 cultures, with a bit of history about each and one of our favourite related recipes.

Crepes, soup, baguettes and pastries – French cuisine is rich and delicious. Rich, creamy stews and soups feature frequently, and other savoury dishes such as quiche, galette and ratatouille are also popular. Cheese and bread are common occurrences on the dining table, and desserts such as creme brûlée and chocolate mousse make regular appearances. What France is best known for, however, are the buttery pastries that fill any bakery. Croissants, pan-au-chocolat and eclairs are must-try foods if you’re ever visiting. Pasta and pizza are the two foods most commonly associated with Italian cuisine. Traditional Italian meals consist of 4 or 5 courses, all cooked lovingly with quality ingredients. When the pizza was first created in Naples, the Margherita became a fast favourite. Lasagne and bolognese are iconic Italian dishes, though the variety of pastas is huge – tortellini, papparadelle and rigotoni are just a few different kinds. Other popular dishes include gnocci and risotto. For dessert, the coffee-flavoured Tiramisu can’t be overlooked – and let’s not forget the delectable gelato. Try our Pasta Sheet Bolognaise with Kale & Rocket Pesto for an updated classic.

Like all Mediterranean cuisine, Greek cuisine is fresh and colourful. A number of different foods are used, with olives, fish, cheese, zucchini, yoghurt and eggplant all being star ingredients. Staple dishes include moussaka, baklava, dolmades and the delicious Greek salad. Both red and white wine are commonly used in cooking, as are nuts. Desserts make use of honey, seasonal fruits such as the fig, and filo pastry. 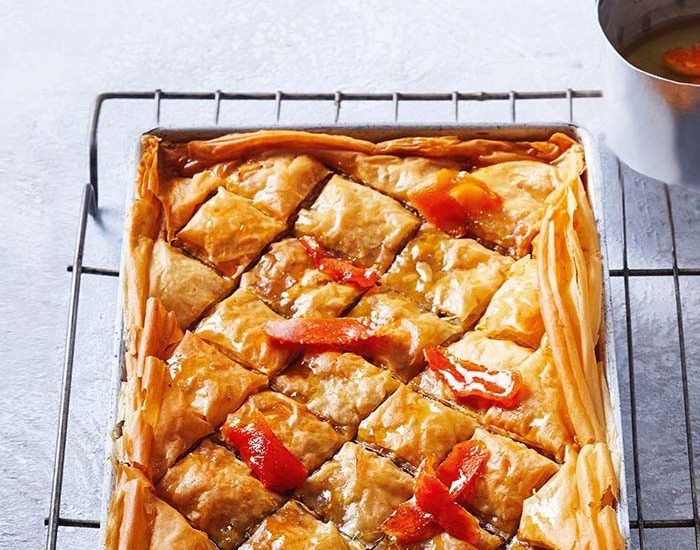 Satisfy your sweet tooth with our Custard Baklava with Mandarin Syrup.

Many popular dishes originate from the US, from Eggs Benedict and Clam Chowder to Crab Cakes and Deep Dish Pizza, as well as classic snacks such as popcorn and the cheeseburger. Jewish American dishes are found throughout the US, including Reuben sandwiches, lox, brisket and matzah balls. In the Southern states, unique dishes such as Jamabalaya, Gumbo, Po Boys, Grits and Cornbread frequent diners and restaurants alike. Dessert pies are huge in the US, with flavours ranging from the classic apple pie to cherry, pecan, key lime and pumpkin. In fact, all desserts are done well, with sweet treats such as festival-favourite Funnel Cake tampering any sugar cravings. And of course you can’t beat the quintessential New York Cheesecake. 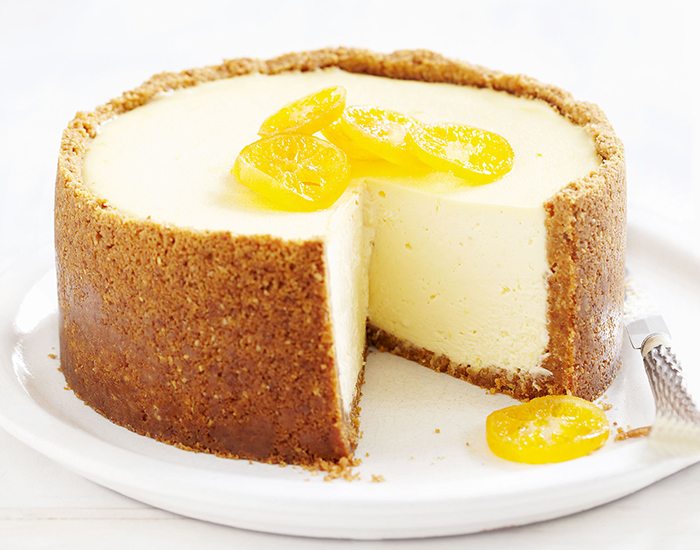 Try our New York Baked Cheesecake for a taste of the US.

The food of Brazil is unique and lively, with a range of ingredients not frequently used in Western cuisine. Yams and cassava are common root vegetables, and fruits such as mango, acai, guava and papaya are regularly used. The dish Feijoada – a thick stew of black beans and meat – is considered Brazil’s national dish, while slow-cooked fish stew Moqueca is another favourite. For finger food, cheese buns are a regular. 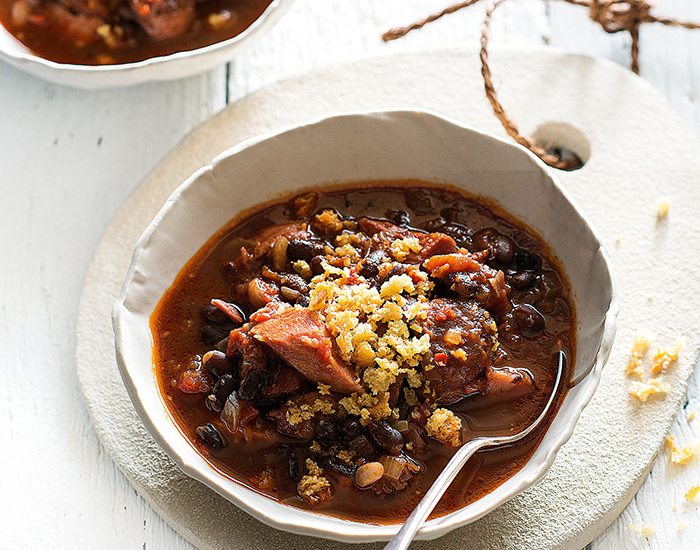 Embrace Brazilian cuisine with our Feijoada.

Indian food uses a myriad of local spices and herbs, making it incredibly flavoursome. Staple spices include chilli, turmeric, cumin and garam masala, and coriander and mint are popular herbs. Religion plays a big part in Indian food, with many of the Hindu faith not eating pork. Common foods range from lentils and rice to mung beans and chickpeas. Curries are the most well-known Indian dish, and are generally much spicier than the variety found in Western countries. Try our Slow-Cooked Rogan Josh for a melt-in-your-mouth Indian curry.