9 Vegetables that are healthier for you when cooked

By Laura Brown for The Conversation

Raw food diets are a fairly recent trend, including raw veganism. The belief being that the less processed food is, the better. However, not all food is more nutritious when eaten raw. Indeed, some vegetables are actually more nutritious when cooked. Here are nine of them.

All living things are made up of cells, and in vegetables, important nutrients are sometimes trapped within these cell walls. When vegetables are cooked, the walls break down, releasing the nutrients that can then be absorbed more easily by the body. Cooking asparagus breaks down its cell walls, making vitamins A, B9, C and E more available to be absorbed.

Mushrooms contain large amounts of the antioxidant ergothioneine, which is released during cooking. Antioxidants help break down “free radicals”, chemicals that can damage our cells, causing illness and ageing. Spinach is rich in nutrients, including iron, magnesium, calcium and zinc. However, these nutrients are more readily absorbed when the spinach is cooked. This is because spinach is packed with oxalic acid (a compound found in many plants) that blocks the absorption of iron and calcium. Heating spinach releases the bound calcium, making it more available for the body to absorb.

Research suggests that steaming spinach maintains its levels of folate (B9), which may reduce the risk of certain cancers.

Cooking, using any method, greatly increases the antioxidant lycopene in tomatoes. Lycopene has been associated with a lower risk of a range of chronic diseases including heart disease and cancer. This increased lycopene amount comes from the heat that helps to break down the thick cell walls, which contain several important nutrients.

Although cooking tomatoes reduces their vitamin C content by 29%, their lycopene content increased by more than 50% within 30 minutes of cooking.

Cooked carrots contain more beta-carotene than raw carrots, which is a substance called a carotenoid that the body converts into vitamin A. This fat-soluble vitamin supports bone growth, vision and the immune system.

Cooking carrots with the skins on more than doubles their antioxidant power. You should boil carrots whole before slicing as it stops these nutrients from escaping into the cooking water. Avoid frying carrots as this has been found to reduce the amount of carotenoid. Bell peppers, or capsicum, are a great source of immune-system-boosting antioxidants, especially the carotenoids, beta-carotene, beta-cryptoxanthin and lutein. Heat breaks down the cell walls, making the carotenoids easier for your body to absorb. As with tomatoes, vitamin C is lost when peppers are boiled or steamed because the vitamin can leach out into the water. Try roasting them instead.

Research has found that steaming these vegetables preserves both the vitamin C and myrosinase and, therefore, the cancer-fighting compounds you can get from them. Chopping broccoli and letting it sit for a minimum of 40 minutes before cooking also allows this myrosinase to activate.

Similarly, sprouts, when cooked produce indole, a compound that may reduce the risk of cancer. Cooking sprouts also causes the glucosinolates to break down into compounds that are known to have cancer-fighting properties.

Green beans have higher levels of antioxidants when they are baked, microwaved, griddled or even fried as opposed to boiled or pressure cooked. 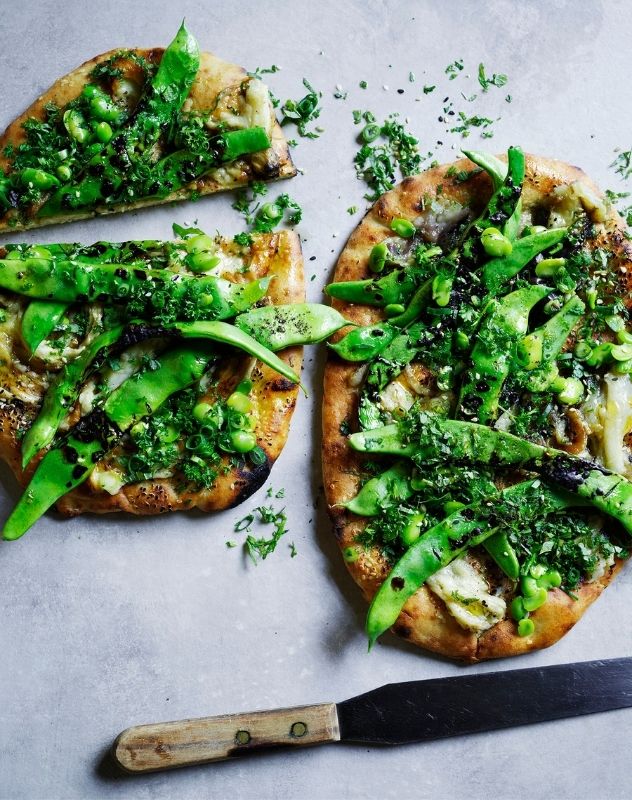 Kale is healthiest when lightly steamed as it deactivates enzymes that prevent the body from using the iodine it needs for the thyroid, which helps regulate your metabolism.

For all vegetables, higher temperatures, longer cooking times and larger quantities of water cause more nutrients to be lost. Water-soluble vitamins (C and many of the B vitamins) are the most unstable nutrients when it comes to cooking because they leach out of vegetables into the cooking water. So avoid soaking them in water, use the least amount of water when cooking and use other cooking methods, such as steaming or roasting. Also, if you have cooking water left over, use it in soups or gravies as it holds all the leached nutrients.

Laura Brown is a Senior Lecturer in Nutrition, Food, and Health Sciences at Teesside University